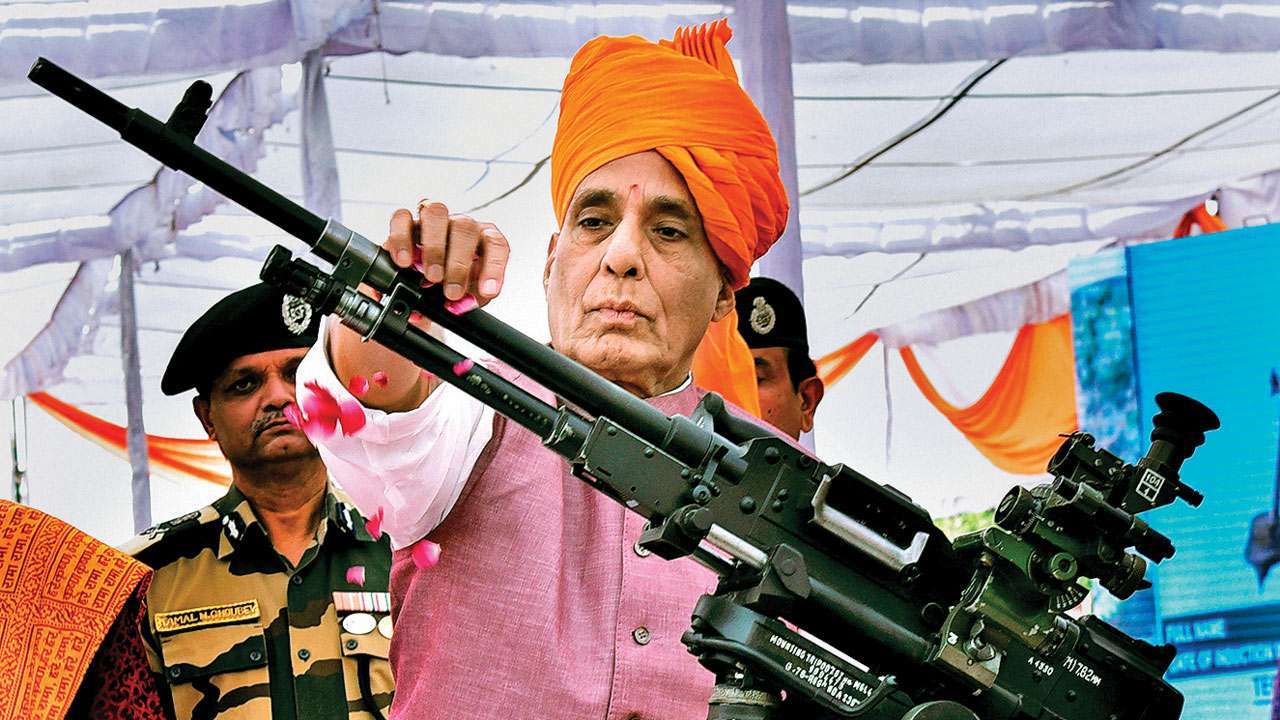 NEW DELHI: Defence minister Rajnath Singh will perform ‘shastra puja’— worship of weapons — during the handover ceremony of the first Rafale fighter aircraft to India in France on Tuesday, which coincides with Dussehra and is also incidentally the Indian Air Force Day.

Singh will perform ‘Shastra Puja’ after receiving the first Rafale fighter jet at Merignac suburb of Bordeaux on Tuesday. After performing puja, he will take a sortie in the aircraft, the officials said.

Before leaving for Bordeaux on the morning of Tuesday, Singh will meet French President Emmanuel Macron in Paris and is expected to discuss issues relating to defence and security ties between the two countries.

On 9 October, Singh will address the CEOs of the French defence industry during which he is expected to urge them to participate in ‘Make in India’ programme of the Indian government as well as the DefExpo to be held in Lucknow in February, the official said.

India had signed an inter-governmental agreement with France in September 2016 for procurement of 36 Rafale fighter jets at a cost of around ₹58,000 crore.

The aircraft is capable of carrying a range of potent weapons and missiles.

Vikas Dubey’s house in Lucknow will also fall, this house is located in Indralok locality of Krishnanagar.

According to the information, the LDA team has visited this house. Work on the demolition process has been continued.

LDA is taking action on land ownership, map, document investigation. Initial investigation has revealed that it is an illegal house.