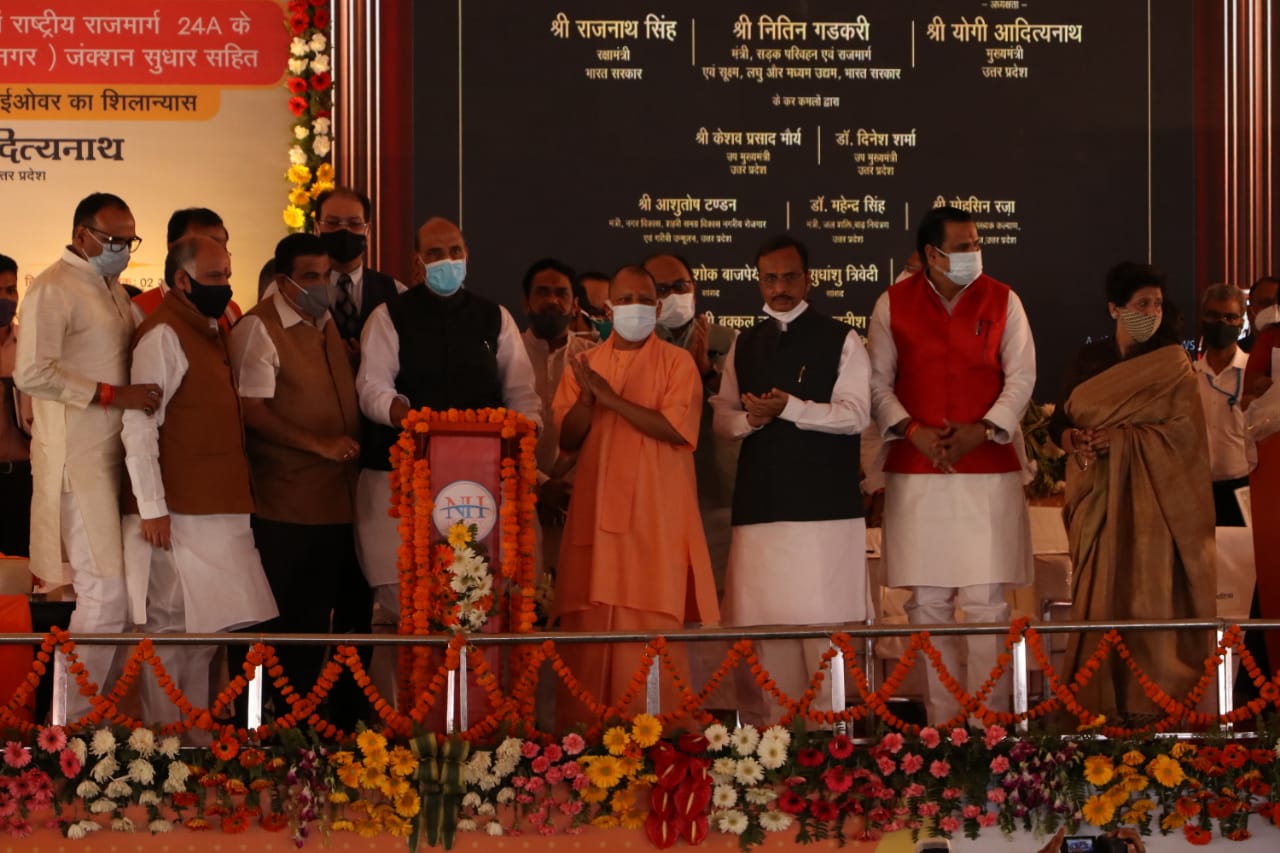 Lucknow: More than 1 lakh people currently plying on Sitapur Road will be enjoying hassle free commuting once construction work of three flyovers and one cloverleaf will be completed on the route.
Lucknow MP and Defence Minister Rajnath Singh on Friday laid foundation stone for a 5.05km four-lane flyover between Khurram Nagar and Indiranagar Sec-25. Apart from that, the minister also announced that once the construction work of the flyover will be completed, a cloverleaf will be developed to connect six-lane Kukrail Flyover and upcoming Khurramnagar flyover to remove traffic snarls at the Khurramnagar intersection and provide ease in commuting for travellers plying in areas including Munshipulia, Khurramanagar, Aliganj, and Dandaiya Market among others.
Similarly, a 60-metre flyover at Engineering College Chauraha was also approved by the road and transport minister Nitin Gadkari on the request of Lucknow MP Rajnath SIngh on stage. Moving ahead, the road ministry has already approved the construction work of a 1.8km flyover from Madiyaon to IIM Chauraha. The project will be conducted by National Highway Authority of India (NHAI) at a cost of Rs 150 crore.
Defence Minister Rajnath Singh said, “Once construction of all these projects is completed, more than 1 lakh commuters travelling on Sitapur Road will not have to face traffic jam for a single day as they will continue their journey on the elevated route through the flyovers.”
The MP also named some other road projects which he wished to get the approval from Union transport Minister. In his reply Nitin Gadkari said, “Rajnath ji, I have already approved all projects asked by you before stepping on the plane to come to Lucknow.”
Related Topics:Chief MinisterChief Minister Yogi Adityanath governmentdefense ministerdevelopmentFlyoversLucknowMember of ParliamentMPNitin GadkariRajnath SinghUnion Road and Transport MinisterUttar PradeshYogi Adityanath
Up Next