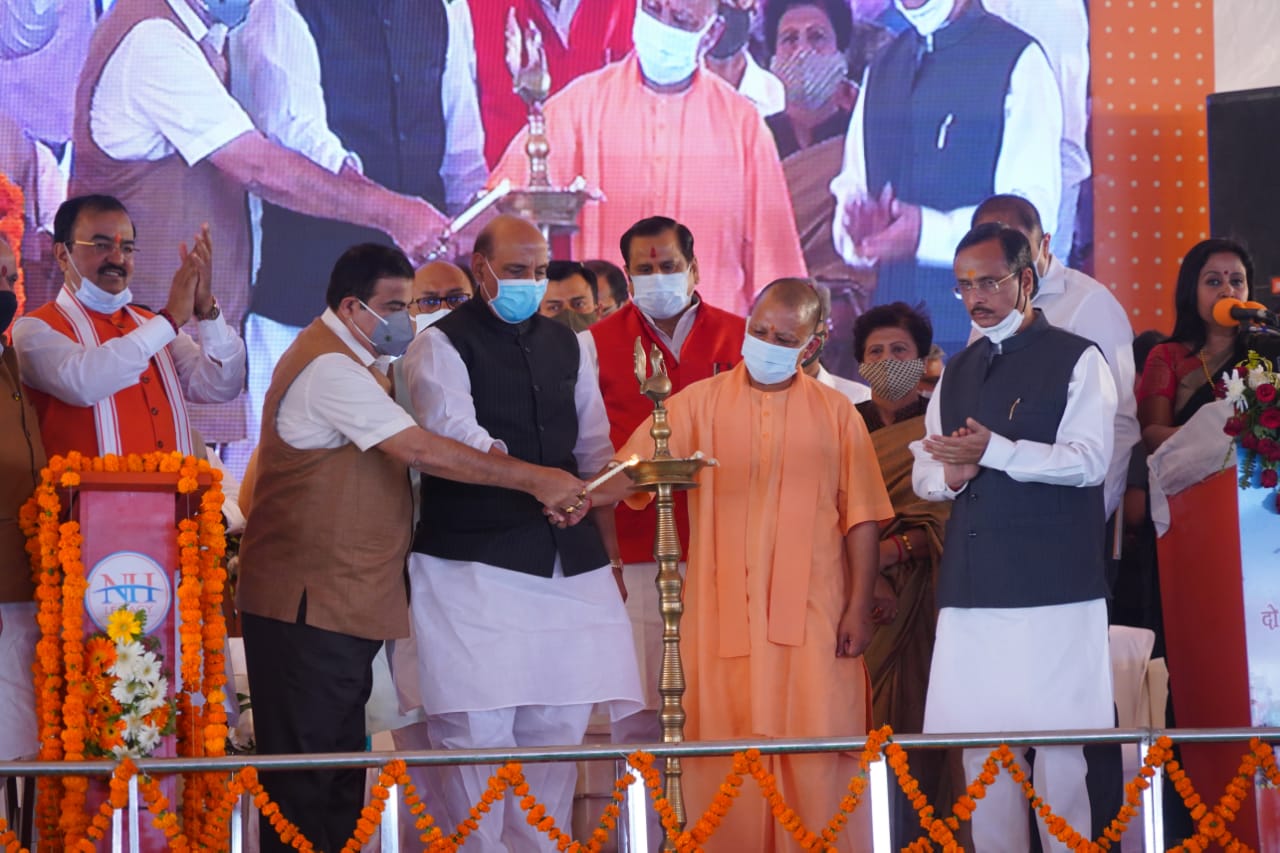 Lucknow: Defence Research and Development Organization (DRDO) will soon set up a research centre on a 36 acre land in Lucknow announced Lucknow MP and Defence Minister Rajnath Singh on Friday. A manufacturing unit for electric vehicles costing Rs 700 crore will also come up in state’s capital very soon announced the minister.
Defence Minister Rajnath Singh while inaugurating and laying foundation stone for two projects costing Rs 280 crore said, “Lucknow will soon boast its own DRDO research centre which will not only open numerous job opportunities for our youngsters, but also help our vision to achieve self-reliance in critical defence technologies and systems, while equipping our armed forces with state-of-the-art weapon systems and equipment.”
The minister also informed that the lab will come up on a 36 acre land and the process of land acquisition to find a suitable place is also underway. Rajnath Singh also informed that soon his constituency will also have a electric vehicle manufacturing unit which will cost about Rs 700 crore. The MP also stated that rest of the points regarding the electric vehicle plant are in process and the detailed report project will soon be presented.
Lucknow MP also said that foundation laying stone for 63km elevated Lucknow-Kanpur expressway will be done within two to three months and the construction work will start before December 2021. He said, “Once the elevated expressway is completed it will be take just 40 minutes to reach Lucknow to Kanpur or vice versa. At present, it takes around 1 hour and 15 minutes to complete the journey.”
Union Road and Transport Minister Nitin Gadkari while briefing the event said that about 21 road projects measuring 680KM including ring roads in Ayodhya, Gorakhpur, Kanpur and Bareilly among other road projects in Pilibhit, Meerut, Shamli and Katra will soon be implemented in the state. Cost of these projects is estimated about Rs 7,250 crore.
Transport Minister Nitin Gadkari said, “I ask the UP state government to bring DPR’s for all flyovers, RoB’s and roads at once, so we can approve all these projects at once. However, my only demand is that the state government should provide us land for the project and give us the concession on GST implemented on steel and cement.”
Nitin Gadkari also informed that they are preparing to produce such vehicle engines which will run on ethanol rather than petrol and diesel and ask UP government to get involved in this initiative which can provide economy upto Rs 2 lakh crore for the state. The minister also assured Rajnath Singh that the construction work of Lucknow-Kanpur expressway will start within December 2021.
UP chief minister Yogi Adityanath said that the government is constructing green corridor along both side of Gomti banks and assured that whatever initiatives are taken by the Union Government to provide world class infrastructure in the state, UP government will always be behind them to support the development work.
He also said, “Lucknow chikankari work is now renowned in the whole country under ODOP project. I request MSME minister Nitin Gadkari jii to set up a factory for the same to provide quality facility to the workers and small scale traders.”
The event was attended by deputy chief minister Keshav Prasad Maurya, Dinesh Sharma, cabinet minister Ashutosh Tandon, Siddharth Nath Singh, Mahendra Singh and City mayor Sanyukta Bhatia.
Related Topics:Defence MinisterDRDOexpresswayjobLucknowMPNitin GadkariRajnath Singhring roadUnion Minister
Up Next