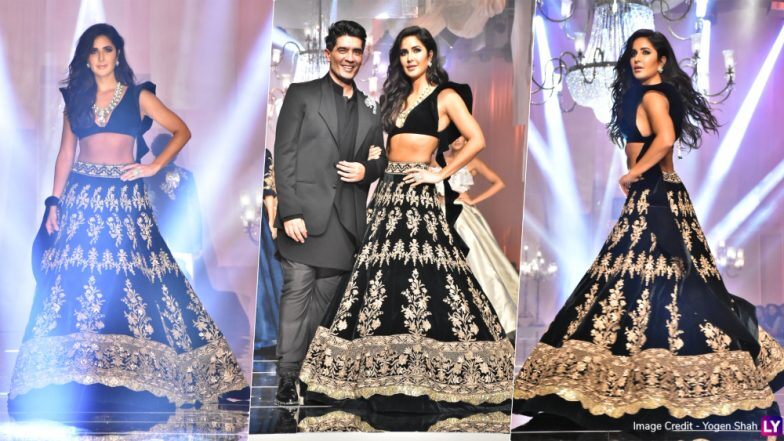 Mumbai: The Lakme Fashion Week Winter/Festive 2019 is underway and designer Manish Malhotra presented his festive collection ‘Maahrumysha’, as he opened the week-long fashion extravaganza. His show witnessed the presence of an array of stars, but it was the showstopper who had all our attention. Katrina Kaif who sashayed down the ramp for the designer looked absolutely gorgeous in an intricately embroidered black lehenga, and made for a striking sight.

The outfit accentuated her frame exceedingly well. The look was rounded out with a statement neckpiece, smokey eyes and hair parted at the side. Speaking on the collection, the designer said, “This show is very special for me as this is an expansive collection with diverse fabrics; in wool, cotton and silk. I’ve refreshed the wedding palette in a more millennial and modern way. The whole collection is done in muted and vintage tones which makes it modern and glamorous, yet timeless.”

How can someone look this gorgeous @katrinakaif Can't get over it 😍😍😍😍😍❤❤❤❤❤❤ . . #katrina #katrinakaif #rampwalk #maahrumysha #lakme #fashion #week #bollywood #instagram

The celebrity designer’s shows are guaranteed to be starry events and this one did not disappoint. From Karan Johar, Khushi Kapoor to Karisma Kapoor, everyone aced their fashion game at the red carpet. 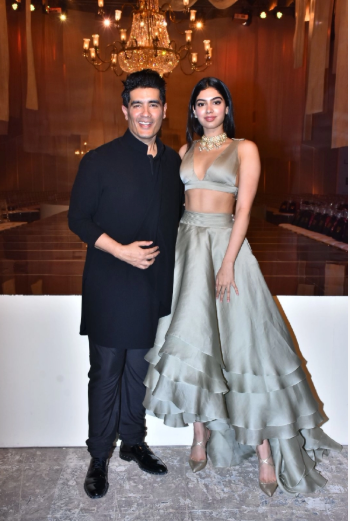 On the professional front, Katrina will next be seen in Suryavanshi, which also features Ajay Devgn and Ranveer Singh in pivotal roles is slated to release during Eid next year. 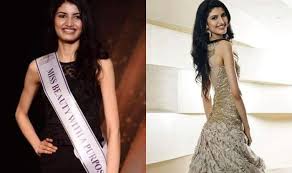 Aishwarya Sheoran: 23-year-old Aishwarya Sheoran, a former Miss India finalist topped the Union Public Service Commission (UPSC) that was announced on August 4. This  ‘beauty with brains’ hailing from Rajasthan has secured an all-India rank of 93. The daughter of a colonel in the Army, Sheoran was one of the top 21 finalists of 2016 Miss India pageant. According to Miss India pageant agency, Femina Miss India and she was also the Campus Princess Delhi 2016, and was also the Fresh face winner Delhi in 2015.

In an Indian Express report, Sheoran has said that it was her dream to become an IAS officer and that she did modelling only as a hobby. She also talked about the leadership roles she took up in school and college.

“I always wanted to be a civil servant. I did modelling as a hobby. At that age, I wanted to explore so many things. I was the head girl in my school and, in college too, I was an active member of the debate society and participated in the social service, et al.’ Sheoran said in the report.

According to Sheoran, in the one and a half years that she walked the ramp she was flooded with offers for modelling and many prominent designers such as Manish Malhotra noticed her talent. But academics remained her first love and she decided to return to it.

“Manish Malhotra who encouraged me to participate in fashion shows. Once I returned to Delhi, I was flooded with offers. The thrill of walking on the ramp kept me going for over a year-and-half. However, as I am a nerd, I wanted to return to my first love — academics,” said  Sheoran in the report.

Due to her father’s postings, she has traveled and lived in various places across the country. She had also cracked the Common Admission Test (CAT) in 2017 and got a seat in IIM-Indore but did not join.

“The Internet proved to be the biggest boon in my preparation. From books, old interviews to current affairs and newspapers, everything is easily available on the Internet. I started my basic preparations from there only. I chose only one book for a topic and revised it repeatedly. Strategy holds the key in UPSC preparation,” she said in the report.