The late wrestler, whose body was found at her home in California on April 20, agreed to be an organ donor before she passed away, reports tmz.com.

According to her manager Anthony Anzaldo, plans are in motion to remove her neural structure and hand it over for medical research.

“We want to donate her brain. We want to know what made Chyna tick,” he said.

Chyna’s brain will be given to Dr. Bennet Omalu, the forensic pathologist who discovered chronic traumatic encephalopathy (CTE) by examining professional football players and also had a film made on him with actor Will Smith essaying his character in “Concussion”.

“I’ve been told (Dr. Omalu) is calling the medical examiner to let them know the plan, so they’ll be cautious with her brain… We’re just looking for (the researchers) to give us everything they can get,” Anzaldo said. 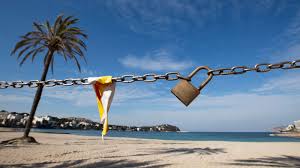 “In the case of France and Portugal, I want to confirm that from June 22, the restrictions on mobility will be lifted,” tourism minister Reyes Maroto said while adding that the 14-day quarantine requirement will also be dropped.

The country had closed its border after fatalities began increasing. The death toll in Spain due to COVID-19 currently stands at over 27,000 with 240,326 infection cases.

Germany’s foreign minister Heiko Mass had said on Wednesday that the country would be reopening its land borders by replacing travel warning with “travel advice”.

However, the German foreign minister cautioned that “travel warnings are not travel bans, and travel advice is not an invitation to travel.”

Germany had ordered a lockdown in mid-March much like the rest of Europe. The Austrian government too declared that it would reopen its land border

Another European country, Denmark had said it was reopening its land border to visitors from Germany, Norway and Iceland from June 15.