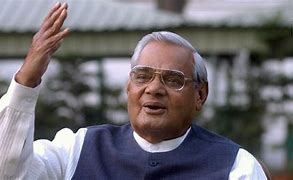 Lucknow: After being allocated Rs 50 crore under the project in State budget, Lucknow Development Authority (LDA) will soon start the construction work of Rashtriya Prerna Sthal to be developed at 65 acre land in Vrindavan Project.

According to LDA officials, a major chunk of land will be used to develop different kind of gardens, including butterfly, herbal and bamboo gardens. As per officials, the detailed project report (DPR) has already been approved by UP government.
LDA chief engineer Indu Shekhar Singh said, “The state government has allocated Rs 50 crore under the project and we will start the tender process as soon as we receive funds. It will take around two years for the project to be fully completed. Total cost of the project is Rs 125 crore. “
The development authority had also recently issued the artist impression of Rashtriya Prerna Sthal. As per the detailed report project shared by LDA, the statues of Sardar Patel, Shyama Prasad Mukherjee, Deen Dayal Upadhayay and Atal Bihari Vajpayee — to be installed at the proposed the Rashtriya Prerna Sthal — would be the tallest in the city. Their height would be 101 feet.
At present, the tallest statue in the city is of former PM Atal Bihari Vajpayee installed at Lok Bhawan. Its hight is 37 feet. Next statue (35 feet) is that of socialist leader Janeshwar Mishra installed at Janeshwar Mishra Park in Gomtinagar while that of socialist ideologue Ram Manohar Lohia at the Lohia Park in Gomtinagar is 20 feet tall.
Apart from statues, Prerna Sthal will have a multi-activity centre, cycle track, food court, craft bazaar, yoga zone, cafe, kids play area, lake, orchard and an open theatre, with a seating capacity for 8,000 people. LDA has also proposed for installing solar panels on the roof of proposed auditorium to fulfill the electricity required for running the memorial.
Related Topics:budgetCMconstructionfinancial yearGardenLDAStatestatueTallestUttar PradeshVrindavanYogi Adityanath
Up Next