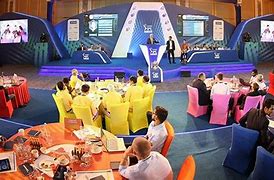 Chris Morris the South African allrounder, became the IPL’s most expensive overseas player ever signed at an auction after he was picked up by Rajasthan Royals for Rs 16.25 crore. Morris was at the centre of a fierce bidding war involving four different teams, with the Royals eventually beating out Royal Challengers Bangalore, Mumbai Indians and Punjab Kings to sign the player. Morris had previously played for the Royals during the 2015 season and was the team’s joint-highest wicket-taker that year with 13 scalps.

“We did due diligence, he’s an ex-Royal who can deal with a price tag like that,” Jake Lush McCrum, the Royals CEO, said. ” He is a quality bowler through all phases of the game, can win us games with the bat too. We did stretch, that was our last bid, luckily Kings XI held back. Delighted to have him back with the Royals.”

Australia’s Glenn Maxwell, Jhye Richardson and Riley Meredith also bagged multi-million dollar deals in the auction, as did New Zealand’s Kyle Jamieson. The Royal Challengers snapped Maxwell up for $1.95 million and Jamieson for $2 million, while Punjab Kings got Richardson for $1.91 million and Meredith for $1.09 million.

Bidding for Maxwell began at his base price of Rs 2 crore and quickly spiraled, with the Royals, Chennai Super Kings, and Kolkata Knight Riders also fighting for his signature.

The Knight Riders and Royals began the initial tussle, before the Royal Challengers swooped in with an offer of Rs 4 crore. Soon, the Super Kings also threw their bid into the hat, going as far as Rs 14 crore before bowing out. Maxwell had spent seven seasons with the Punjab Kings, scoring 1383 runs at a strike rate of 157.69, and helped the team reach the final in 2014.

The Royal Challengers would return later to spend over Rs 14 crore again, this time holding off Punjab Kings to secure Jamieson for Rs 15 crore.

The Royal Challengers also came close to bagging Maxwell’s Australian team-mate Steven Smith, but were eventually beaten out by Delhi Capitals, who signed him for Rs 2.2 crore. The Capitals also bolstered their squad with the addition of India quick Umesh Yadav, for Rs 1 crore.

Allrounder Shivam Dube was the only Indian sold from the first batch of players at the auction, the Royals bagging his services for Rs 4.4 crore.

Having missed out on Maxwell, the Super Kings did eventually manage to get another allrounder, fighting off bids from Punjab Kings to land England’s Moeen Ali for Rs 7 crore. The Super Kings also signed Karnataka’s offspin-bowling allrounder K Gowtham for Rs 9.25 crore, the highest amount paid for an uncapped player. Interestingly, the Super Kings roped in Test specialist Cheteshwar Pujara for Rs 50 lakhs, brining him back into the IPL fold for the first time since 2014. The last time Pujara played any form of T20 cricket was in March 2019, for Saurashtra in the Syed Mushtaq Ali Trophy.

Punjab Kings also tried to secure Shakib Al Hasan for Rs 2.6 crore, but Bangladesh’s premier allrounder was eventually sold for Rs 3.2 crore to his former team at the Knight Riders, with who he won the title in both 2012 as well as 2014.

Punjab Kings finally got the ball rolling by signing England opener and the top-ranked T20I batsman Dawid Malan for his base price of Rs 1.5 crore. They then splashed Rs 14 crore on Richardson, winning a lengthy battle against the Capitals and the Royal Challengers for the Perth Scorchers fast bowler. Soon after, Punjab Kings and the Capitals locked horns yet again, this time for Hobart Hurricanes seamer Meredith. The Capitals went as high as Rs 7.75 crore for Meredith’s signature, but Punjab Kings sealed the deal with a Rs 8 crore bid.

Biden administration ready to talk with Iran and world powers, shock for Trump

E Sreedharan to join BJP says not a sudden decision

No spectators in IPL 2021? BCCI mooting the proposal 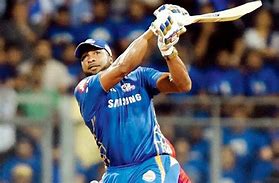 The BCCI-led Indian Premier League (IPL) governing council has proposed that the 2021 edition of the tournament, apropos of the venues it is held across in the country, will not allow spectators at the stadiums.

Until now, Mumbai was the only venue that was restricting crowds from coming to the stadiums, given the second Covid wave that has been spreading at a rapid pace. Now, the BCCI is on the verge of taking the call that none of the venues will allow crowds this season. A call to this effect is likely to be ratified at Sunday’s GC meeting.

These questions took a serious turn after the Pakistan Super League (PSL) got indefinitely called off because of Covid cases. “What happens if the IPL gets Covid cases? Won’t the T20 World Cup be in question?” sources add.

Meanwhile, there’s another line of thought under debate. If one of the multiple options that GC is considering goes through, MS Dhoni may not get to play even a single match at his home ground – MA Chidambaram Stadium in Chennai – despite matches being played at the venue.

The GC has laid out a few options to be considered ahead of its meeting on Sunday: A) A caravan model, where teams will move around in clusters, to be part of an easily-buildable bio-secure bubble; B) Specific venues will be allotted where all franchises will play their matches on a home and away basis – which Punjab Kings, Rajasthan Royals and Sunrisers Hyderabad have an issue with because Mohali, Jaipur and Hyderabad have been left out; C) Franchises will play at multiple venues but will be allowed to play a single match at their home venue – to bring in an air of neutrality.

“Just imagine, there’s IPL in Chennai but Dhoni plays in Mumbai or Kolkata or Bangalore but not at his home ground. Or there are matches in Mumbai but Mumbai Indians play their matches in Delhi. What sense will that make?” say those part of the ecosystem.

Further, the T20 World Cup is scheduled in India between October and November and the onus is on the BCCI, as much as the ICC, to ensure smooth conduct of the tournament.

Those who hold the industry perspective say, all eyes will be on how the BCCI goes about planning that tournament. “The foremost thing will be the precedence they set for it and there’s nothing bigger than the IPL to draw any comparison. So, whatever the BCCI does over the next two or three months is going to be the benchmark,” sources say.