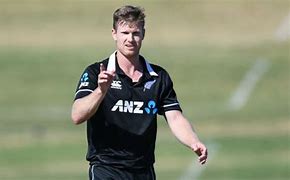 Aafter being released by Punjab Kings (PBKS), Jimmy Neesham was purchased by Mumbai Indians (MI) in the mini-auction before the start of the Indian Premier League (IPL) 2021. However, MI, having a set and a strong unit, the New Zealand cricketer did not get many chances in their playing XI.

He was seen on the field, however, carrying water bottles for players and now expanding his IPL 2021 journey so far, Neesham puts out a hilarious Instagram post.

The Kiwi all-rounder captioned his image saying, “IPL 2021 so far: Either carrying water or sitting on it”.

Earlier, Mumbai Indians (MI) rallied to pull off a 10-run win as profligate Kolkata Knight Riders (KKR) batsmen threw away their wickets to make a mess of a modest 152-run target in an Indian Premier League match at the MA Chidambaram Stadium here on Tuesday.

After Andre Russell’s five-wicket haul in just two overs (5/15) helped KKR bowl out a power-packed MI for 152 in 20 overs, KKR batsmen lost the plot despite getting off to a flying start.

At one stage, KKR were 104/2 and needed just 49 runs off 43 balls with a victory looking like a formality. A solid half-century by opener Nitish Rana (57 off 47), his second successive fifty in this IPL, had given KKR a perfect start. His 72-run opening stand with Shubman Gill (33) had pushed MI bowlers’ backs to the wall.

Ferrari confirms to launch its first E-vehicle model by 2025