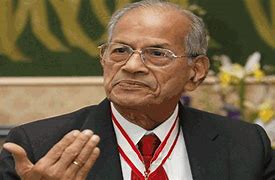 Ahead of Kerala elections due this year, ‘Metro Man’ E Sreedharan is set to join the Bharatiya Janata Party, announced Kerala BJP president K Surendran on Thursday. Sreedharan will be formally inducted into the party during the BJP’s ‘Vijaya Yathra’ being organised from February 21.

“I will be a candidate in the upcoming Loksabha elections if the party wants,” Sreedharan told CNN-News18.

“I have been living in Kerala for the past 10 years. I have seen both the UDF and the LDF rule. I feel that these rules have not brought any tangible progress to the state. Lot of things are possible in terms of industrialisation and employment opportunities for people. Not even one industry in the state in the last 20 years,” he said, adding that prospective of development is better for BJP in the state because the party is also the ruling the central government.

Meanwhile, the BJP’s state unit hopes that an iconic figure like Sreedharan joining the party will benefit them electorally in the upcoming state legislative assembly elections.

BJP state general secretary M T Ramesh said, “The BJP is raising the motto of development and a new Kerala. For the people of Kerala, Sreedharan is like an ambassador for development. The youth and new voters, especially in the city areas, will be supporting him. This will benefit us electorally.”

Political Analyst J Prabhash said, “This move will bring in more legitimacy for BJP in Kerala. But I don’t think that people can be swayed away much electorally. If he contests in urban centre like Kochi, there are chances that some urban voters might vote for him.”

Sreedharan, who advised the Kerala government on Metro projects in the state, said he will now end the practice. “I will focus on BJP centric activities,” he told the newspaper.

Back in 2017, there was a minor controversy during the Lucknow Metro inauguration after top BJP leaders forgot to accommodate the ‘Metro Man’ in the frame. Sreedharan was sidelined at the event, a photo of which has gone viral.

The Lucknow Metro project was completed in record time with the help and guidance of E Sreedharan. The civil engineer is credited for changing the face of public transport in India with his leadership in building the Konkan Railway and the Delhi Metro. Sreedharan was even appointed as Principal Advisor of the Kochi Metro Rail Project, which after many controversies finally saw light of the day after Sreedharan’s appointment.