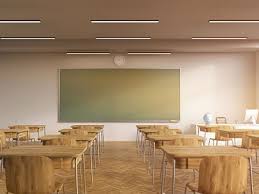 Schools in Uttar Pradesh reopened across the state on October 19 after seven months break due to the pandemic. While the government schools in the state opened for Classes 9 to 12 with meagre attendance on Day 1, private schools still remained shut. Less than 9 percent of students attended school on the first day after reopening across the state.

As per reports, UP has 1 crore students enrolled between classes 9 to 12, out of which 8.5 lakh students came to class on Monday. Schools were not the same anymore. Starting from checking temperatures, wearing masks, and using sanitizers, students felt that their schools resembled a hospital, and smelt like one too.

As per the SOPs issued by the state government, no morning assembly, lunch breaks, chatting with friends during library hours, and any sports activities would not be conducted in the schools. A majority of the parents were apprehensive to send their children to school, which was counted as the prime reason for low attendance.

In Noida, attendance was slightly higher on Day 1. Around 39 percent attendance was recorded in government schools and 11 percent in private schools. The teachers’ attendance was 100 percent. District Education Officer Neeraj Kumar Pandey said that there are 153 schools in the district — 53 of them government and government-aided while remaining self-financed — that reopened in adherence to COVID-19 norms like social distancing, face covers, and sanitisation of hands.

Apart from Noida, attendance in Ghaziabad also was slightly higher, hovering between 10 to 15 percent on average. According to the Ghaziabad district education department officials,  about 50 of 165 private schools affiliated to the Central Board of Secondary Education (CBSE) and Indian School Certificate Examinations (ICSE) opened on Monday, while all 226 schools affiliated to the state board (aided, unaided and government-run) have opened up. However, the officials feel that the number of students at the schools will rise in the coming days.

Related Topics:any sports activities would not be conductedCentral Board of Secondary Education (CBSE)chatting with friends during library hoursDistrict Education Officer Neeraj Kumar PandeyGovernment schools in the state reopened for Classes 9 to 12Indian School Certificate Examinations (ICSElunch breaksno morning assemblySOPs issued by the state governmentUttar Pradesh
Up Next

On Tuesday PM Narendra Modi to ‘share a message’ with the nation at 6 PM. 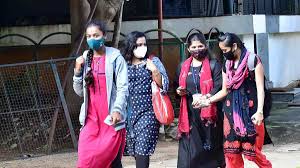