Journalist Vikram Joshi, who was shot at by unknown miscreants near his residence in Vijay Nagar, Ghaziabad on June 20, breathed his last at a hospital, doctors said on Wednesday. A total of nine accused have been arrested in the matter and efforts to nab another accused are underway.

The doctor monitoring Joshi said that the veins in the journalist’s head had got badly damaged due to the bullet injury.

Meanwhile, Rahul Gandhi stalwart condoled the death of the journalist . Expressing sympathies with the bereaved, Gandhi also took the opportunity to Sniped the Yogi Adityanath-led Uttar Pradesh government over the incident, Hit out at the alleged deteriorating law-and-order situation in the state.

“Journalist Vikram Joshi was killed for the opposing molestation of his niece. My condolences to the bereaved family. They had promised Ram Raj, instead, they gave Gunda Raj,” Gandhi posted in Hindi from his official account on Twitter.

A day earlier, Congress’ Priyanka Gandhi had criticized the Yogi government over the attack on the journalist

and deteriorating law and order in Uttar Pradesh.

“If this is the law and order situation in Ghaziabad, which is in NCR, you can understand how bad the situation is across Uttar Pradesh. A journalist was shot at because he had filed a complaint about his niece being harassed. As the law of jungle prevails, how can an ordinary citizen feel safe?” she had tweeted in Hindi.

Meanwhile, the Station in-charge has been suspended and departmental inquiry initiated after the family of the journalist alleged inaction by the police.

The incident occurred at 10:30 PM on July 20 (i.e. Monday), when Joshi was travelling in a motorcycle with his two daughters. The unidentified miscreants had attack to the journalist in front of daughters and fire with gun,the entire incident was caught on CCTV camera footage.

The attack came four days after Joshi had filed a complaint with Vijay Nagar Police Station stating that some men were harassing his niece. 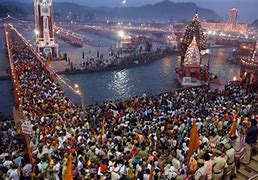 The state government of Uttarakhand, which is going to organise the 2021 Kumbh Mela, is pulling out all stops to ensure that the cultural-historical event in Haridwar does not lead to a spike in Coronavirus infections in the country. The state government has warned that people violating the Covid-19 Standard Operating Procedure (SOP) at the Kumbh Mela will be prosecuted under relevant provisions. The concern over the rise of Coronavirus infections is particularly relevant not only for the people of the state but for the whole country as pilgrims and tourists visit the Kumbh Mela not only from all parts of the country but also from abroad.

Chief Secretary of the state Om Prakash was quoted as saying by ANI that all people who violate the Covid-19 SOP at the Kumbh Mela at Haridwar will be prosecuted. Detailing the procedure to be followed by the pilgrims and tourists willing to visit the Mela, Prakash said that all people will have to register in advance for the visit online. Pilgrims will also need to upload their medical fitness certificate and RT-PCR Covid-19 negative test report at the time of their registration. Prakash further said the RT-PCR Covid-19 negative test report should not be older than 72 hours.

After fulfilling all the registration formalities, a special e-pass will be issued by the state government portal which will facilitate their travel to the Kumbh Mela, the top bureaucrat of the state said. The Kumbh Mela in the state’s holy city of Haridwar is going to be held this year after a gap of 11 long years. Apart from being a religious event which registers the footfall of many hermits, saints from across the country, the Kumbh Mela also tops the itinerary of foreign tourists who are amazed by the sheer presence of lakhs of people taking dip in the holy Ganges. The last Kumbh Mela held in the state was in the year 2010 and had seen the congregation of more than 1.5 crore pilgrims and tourists from across the country and world.