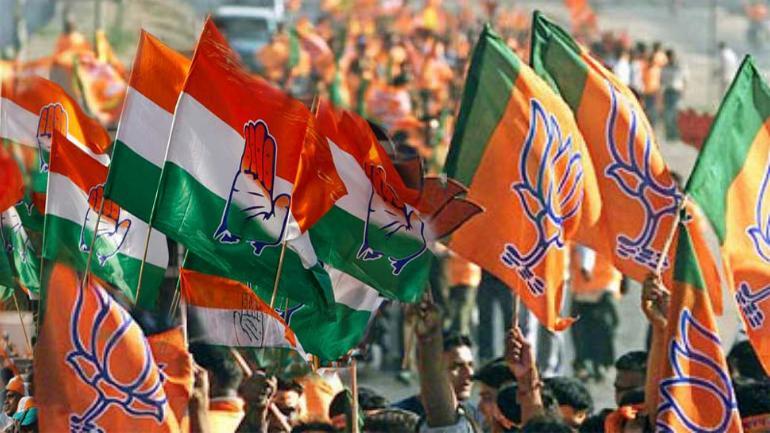 Jaipur: The ruling Congress and the Opposition BJP were locked in a tight fight in the local body elections in Rajasthan. The election results are seen as a shot in the arm for the ruling Congress as it has emerged as the largest party. But, there is consolation for the BJP as it has managed to perform fairly well and regained some lost ground.

The ruling Congress won over 961 wards, leaving the BJP trailing with 737 places in the elections to the Rajasthan urban local bodies held on Saturday. The results declared Tuesday showed that the party dominated most of the 49 civic bodies which went to the polls on Saturday. The Congress won nearly half of the 2,105 wards in the contest in the first local elections held in Rajasthan after the party came to power in last December. Chief Minister Ashok Gehlot said the results were as expected.

Reacting to the Rajasthan local body election results, Chief Minister Ashok Gehlot said the results were as per the expectations of the Congress party. “It is a matter of great jubilation that people have given us the mandate considering our government’s performance. We are progressing in the direction.”

The election for three municipal corporations, 18 nagar parishads and 28 nagar palikas were held on Saturday. A total of 71.53 per cent voters had exercised their franchise in the election. A total of 7,942 candidates had tested electoral waters in the elections, including 2,832 women and 5,109 men.

Outcome of the military commanders meeting depend on PLA’s posture LAC and deployment in Aksai China.