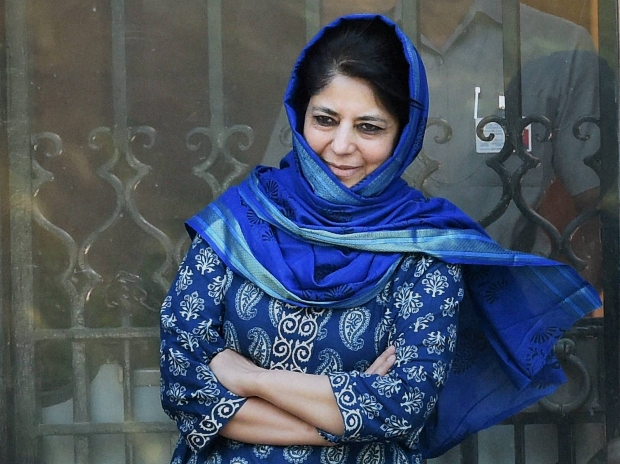 The Supreme Court on Thursday allowed former Jammu and Kashmir chief minister Mehbooba Mufti’s daughter to meet her in Kashmir, where she is under detention following the abrogation of Article 370.

A bench headed by Chief Justice Ranjan Gogoi allowed Iltija, Mufti’s daughter, to meet her after she submitted in the court that she has no problem in going to her Srinagar residence but has not been able to move out freely there.

The bench, also comprising Justices SA Bobde and SA Nazeer, noted that there was no problem in authorities permitting Iltija to travel from Chennai, where she is presently staying, to Srinagar to meet her mother. As far as moving around in other parts of Srinagar goes, Iltija can do so subject to the permission from district authorities, the bench said in its order. It also allowed Iltija’s plea to meet her mother in private.

In her petition, Iltija had submitted that she is concerned about her mother’s health as she has not met her for a month.

While advocate Nithya Ramakrishnan, making submission on behalf of Iltija, said that the latter was seeking access to her mother as she has not met her for a long time, Attorney General KK Venugopal and Solicitor General Tushar Mehta said Mehbooba’s mother Gulshan Ara and sister Rubaiya Sayeed were allowed to visit her on 29 August.

The apex court would on Thursday also peruse the affidavit filed by Yechury in a sealed cover about his visit and meeting with Tarigami on 29 August. The top court had allowed Yechury to visit and meet Tarigami under security with a condition that he would only discuss with him his health condition.