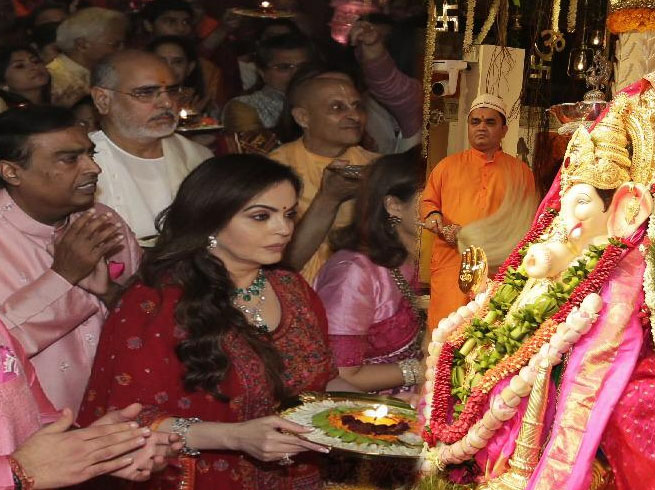 Mumbai: Ganesh Chaturthi 2019 began with much fervour and aplomb at the Ambani household. Amidst the lavish decoration and grand Ganpati, Antilia was decked up like a new-bride to bring in Shloka Mehta – Akash Ambani and Isha Ambani – Anand Piramal’s first Ganesh puja after their wedding. 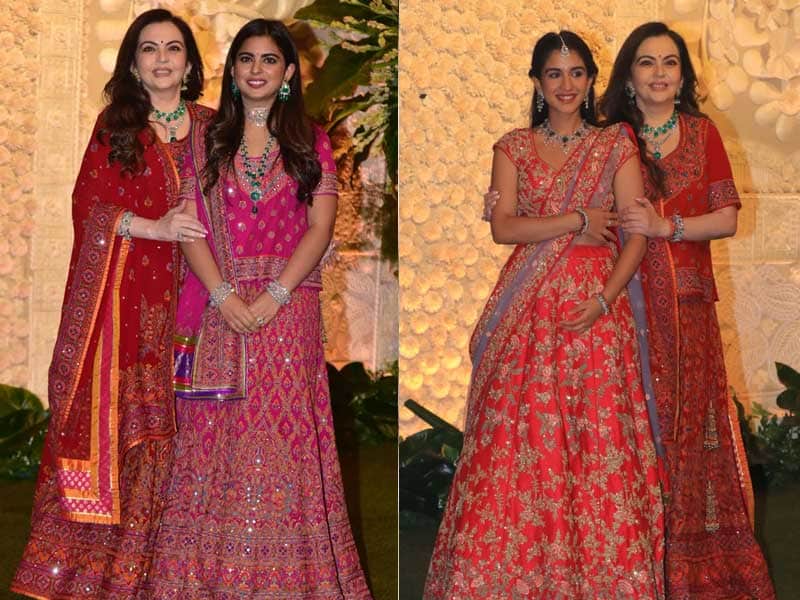 On Ganesh Chaturthi, the Ambanis hosted a grand puja to celebrate Ganpati’s homecoming on Monday and joining the festivities were Bollywood A-listers, who arrived at their traditional best. The Ambanis’ Ganesh Chaturthi guest-list was headlined by the Bachchans and also included celebs such as Aamir Khan, Katrina Kaif, Karisma Kapoor, Madhuri Dixit, Karan Johar, Kajol, Vidya Balan, Kriti Sanon, Aditi Rao Hydari and others. Alia Bhatt and Ranbir Kapoor, who walked in together stealed the show. 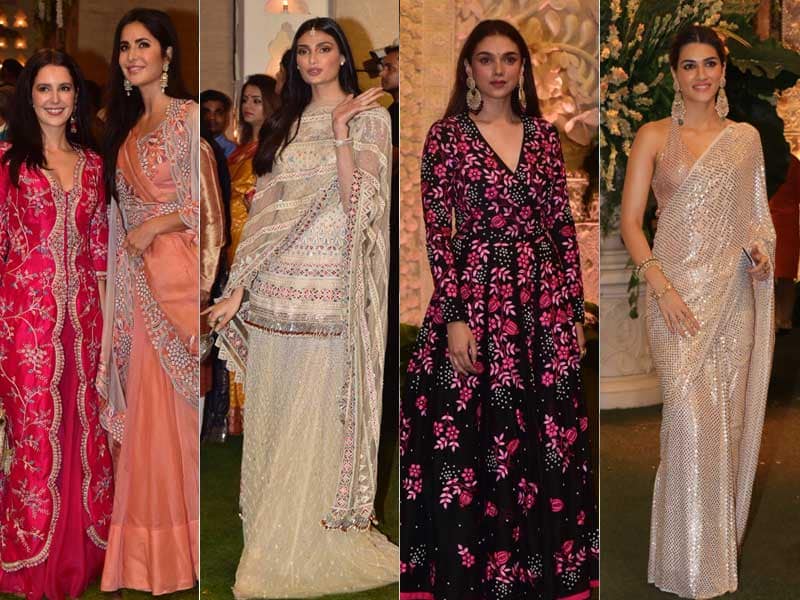 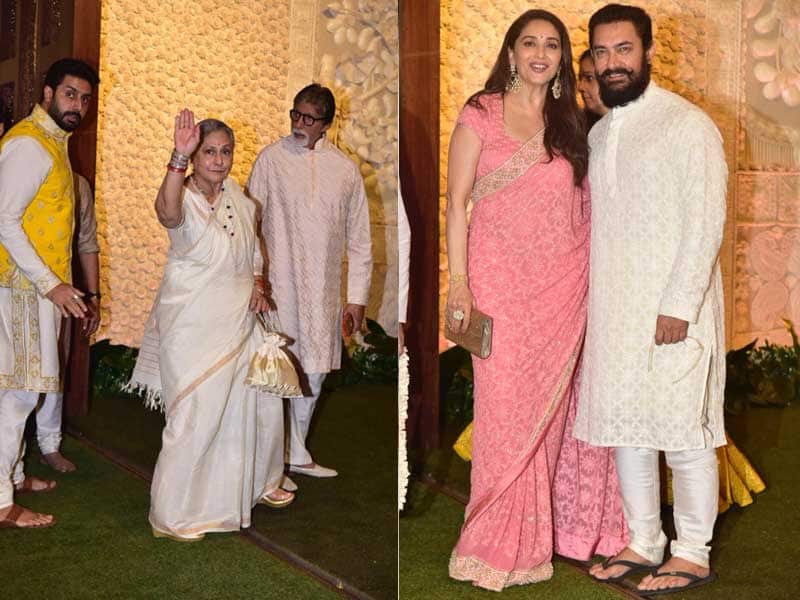 However, it was Ranbir Kapoor and Alia Bhatt’s fiery chemistry that stole the show. While Alia picked a beige floral sari by Manish Malhotra for the occasion, Kapoor made an appearance in a grey kurta set by Kunal Rawal. 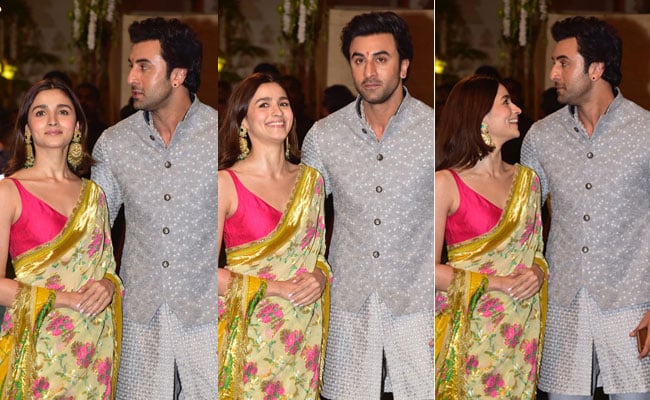 Ganesh Chaturthi will be celebrated across India for 11 days and will come to an end with grand Ganpati visarjan ceremonies.