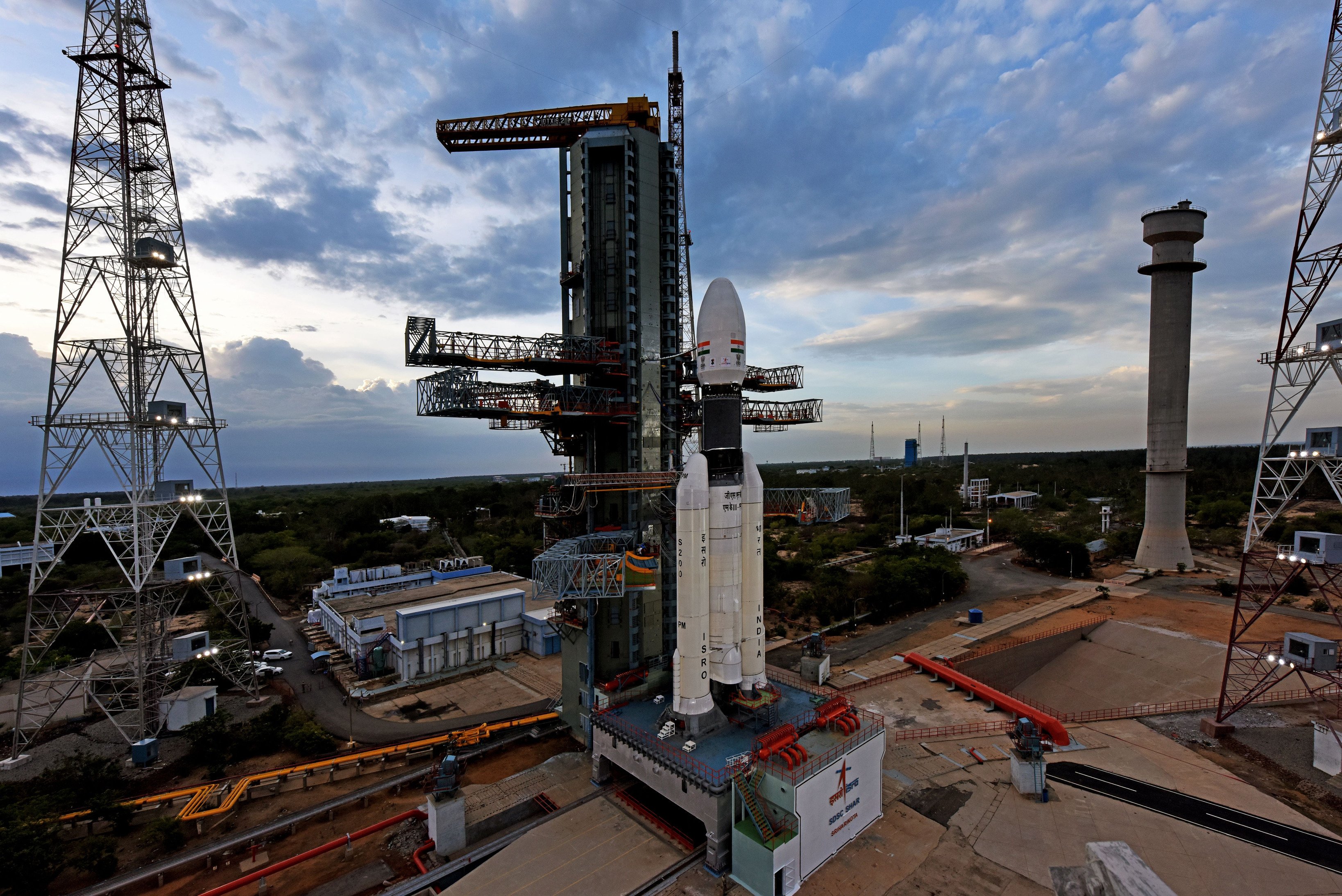 BENGALURU: The final and 5th Lunar bound orbit manoeuvre for Chandrayaan-2 spacecraft performed successfully ISRO on Sunday said it has successfully performed the fifth and final lunar bound orbit manoeuvre for the Chandrayaan-2 spacecraft and was gearing up for separation of the lander from the orbiter on September 2. All spacecraft parameters are normal, the Bengaluru headquartered space agency said after Sunday’s manoeuvre on the spacecraft that is currently in the lunar orbit for its rendezvous with the Moon.

“The final and fifth Lunar bound orbit manoeuvre for Chandrayaan-2 spacecraft was performed successfully today (September 01, 2019) beginning at 1821 hrs IST as planned, using the onboard propulsion system. The duration of the manoeuvre was 52 seconds. The orbit achieved is 119 km x 127 km,” the Indian Space Research Organisation said in an update. The next operation is the separation of lander ‘Vikram’ from Chandrayaan-2 Orbiter, which is scheduled on September 2, between 1245 hrs and 1345 hrs. Following this, there would be two deorbit manoeuvres of lander ‘Vikram’ to prepare for its landing in the south polar region of the moon.

Vikram (with rover ‘Pragyan’ housed inside) is expected to touch down on the lunar surface on September 7, between 1.30 AM and 2.30 am. ISRO said, after the lander’s separation on Monday, two deorbit manoeuvres are scheduled for September 3 (9:00-10:00) and September 4 (3:00-4:00) respectively, before the powered decent on September 7. ISRO chief K Sivan said the proposed soft-landing would be a “terrifying” moment as it is something ISRO has not done before, whereas the Lunar Orbit Insertion was successfully carried out during the Chandrayaan-1 mission.