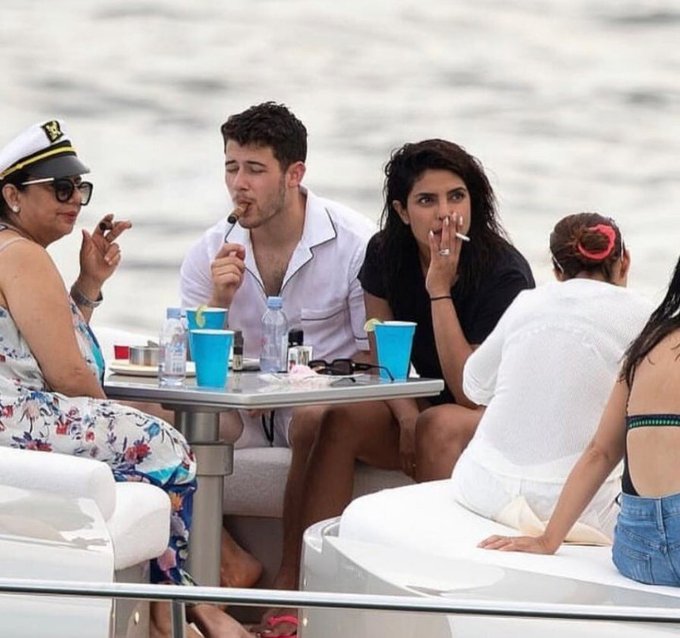 Actor Priyanka Chopra recently celebrated her 37th birthday soaking some sun on a yacht in Miami. While the pictures prove the actor had a fantastic birthday celebration with husband Nick Jonas, mother Madhu Chopra and Cousin Parineeti Chopra, some of her fans aren’t very pleased with her gesture.

Among the many pictures that surfaced online, one showed the actor smoking with Nick sitting beside her. Many of her fans called her out for smoking despite suffering from asthma and raising awareness against burning firecrackers around Diwali.

When Parineeti Chopra shared a picture of herself from Priyanka’s birthday celebration with the caption, “Miami done right! Chill day on the boat laughing, dancing and making merry. Best way to celebrate a b’day I’d say,” several of her fans trolled the latter. 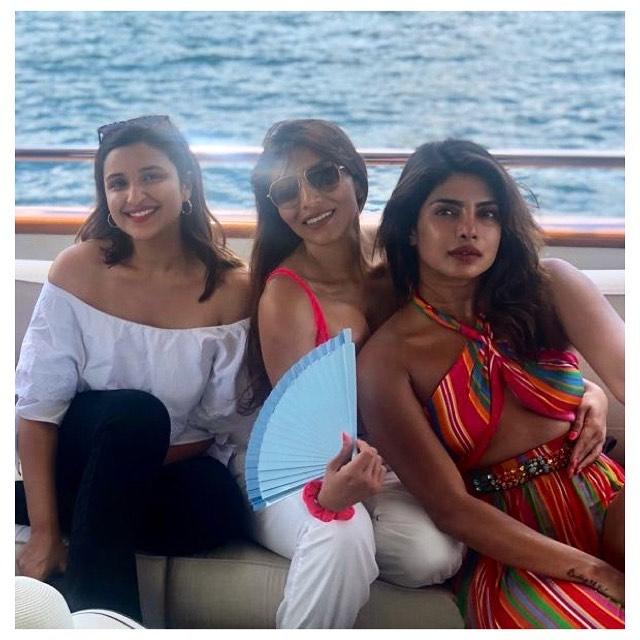 Reacting to the picture, a fan wrote, “Diwali is injurious to health, not smoking. Because Asthma is caused due to Diwali, not smoking. Thanks to Priyanka Chopra for such a great research.”

Taking a dig at her recent trip to Ethiopia as a UNICEF goodwill ambassador, “When Assam is flooded then Priyanka Chopra is like i am not anymore brand ambassador……..but when she wants to any help to needy people then she goes to other countries……..”

After Shudra-The rising, Sanjiv Jaiswal returning back to bollywood with Pranaam.