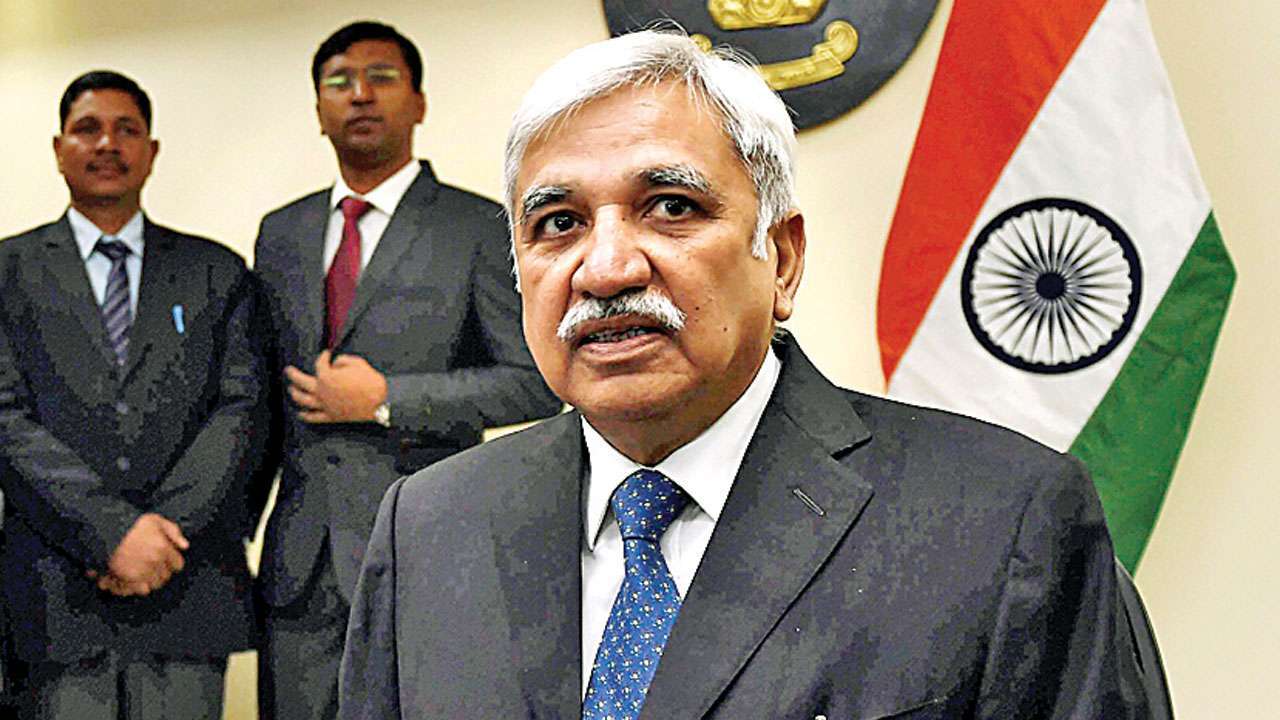 Lucknow: Chief Election Commissioner (CEC) Sunil Arora today said the ongoing tensions between India and Pakistan will have no bearing on the upcoming general elections in April-May this year.

Arora was responding to a query on whether the polls could be postponed in the wake of the situation post the February 14 Pulwama attack on a CRPF convoy in Jammu and Kashmir and the subsequent Indian Air Force (IAF) strike on terror camps across the border.

Talking to reporters at the Yojana Bhawan in the Uttar Pradesh capital, the top poll panel official said: “Elections will be held on time.”

When asked about the possible notification of the Lok Sabha poll dates, Arora said the media and the country would come to know of it through the “usual press conference”, as is the norm.

In the state capital to assess the preparedness of Uttar Pradesh — a state which sends 80 members to the Lok Sabha, Arora said that the poll panel is committed to holding a “free, fair, peaceful and transparent polls” and that all steps are being taken to ensure this.

“The Election Commission (EC) has a detailed action plan to address issues put to it,” the CEC said while referring to the various suggestions, problems and issues shared with it during the meetings with state bureaucrats, police officials and representatives of political parties.

He also trashed the often asked question on the fairness of the electronic voting machines (EVMs). “They are fool-proof, as has been proved many times in the past,” he added.

Arora said that “unfortunately, EVMs have booms like footballs, where everyone is playing to his own”.

EVMs, he added, had been used in various elections, in which one or the other party won. “When the election outcome is not in favour of some, they start raising objections and questions,” he said, adding that the poll panel has gone into the issue and found nothing wrong with the machines.

He also announced that Voter Verifiable Paper Audit Trail (VVPAT) will also be used in the 1,63,331 polling stations of the state during the Lok Sabha elections. A campaign to make people aware of this mechanism will also be rolled out in Uttar Pradesh and other states to ensure that they have complete understanding, the CEC said.

On being asked about the reaction of the political parties in the state to their reassurances about the credibility of EVMs, the CEC told journalists: “We have made ourselves clear to the best of our ability and hope the message is clear.”

No effect on Lok Sabha polls due to ongoing tension between  India-Pakistan:

Arora also announced that an App called C-Vigil will be used extensively during the Lok Sabha polls across the nation. This App, which was used successfully in Bengaluru during the Karnataka Assembly polls last year, aims at providing a platform to the common man to file complaints and even know the action taken thereafter.

In the pilot, the poll panel had 28,000 complaints and in case the complainant wanted the identity to be kept secret, the action taken was published in the local media at a cost borne by the EC, the CEC added.

The CEC also said that changes have been made in the Form 26 wherein the affidavits by candidates would have to include the husband, wife, children, dependants domestic and even foreign properties in their declaration. These would then be handed over to the Income Tax Department for verification.

“In case they are found to be untrue, they will be uploaded in the poll panel’s website after elections,” Arora said.

Special attention is being paid this time to ensure assured minimum facilities to voters at the polling stations. These would include availability of electricity, water, toilets, etc.

The top official also informed that the issue of poor electricity availability during voting has been an issue that came up during their meeting with political parties, and the Chief Secretary, Secretary (Power) and the Principal Secretary (Home) have assured that all these things will be taken care of.

Asked to respond on the challenges that Uttar Pradesh offers, Arora said there are many as it is “not a state but a country due to its sheer size and population”.

Other than inter-caste, inter-religious and intra-religion challenges, the state poses some serious issues like use of muscle power, money and liquor during the entire electoral process, he pointed out. He, however, added that the Election Commission is fully ready to take on these banes of democracy.