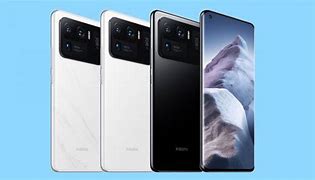 Xiaomi has officially revealed the first look of its upcoming Mi 11X series. The new line-up is confirmed to launch on April 23, alongside company’s most premium Mi 11 Ultra smartphone. The series is expected to have two smartphones Mi 11X and Mi 11X Pro out of which, the Pro model is tipped to come with Qualcomm Snapdragon 888 SoC. Xiaomi India head Manu Kumar Jain on Friday tweeted the images of the phone, confirming that the series will be launched in three colour options.

He further confirmed the colour options in the tweet. These include – Celestial Blue, Celestial Gold and Celestial Pink. All three variants seem to have matte finish at the back and the rear panel also appears to have multiple tones of colour. The images also confirm a rectangular shaped camera module at the back along with Xiaomi branding at the bottom.

The Mi 11X is tipped to be a rebranded version of the Redmi K40 while the Mi 11X Pro can be the Redmi K40 Pro. Both the Redmi K40 models were launched in China earlier this year. Xiaomi is clearly looking to target the affordable premium segment with the Mi 11X series in India.

Even though the company is yet to confirm the features of these smartphones, both Mi 11X and Mi 11X Pro are tipped to feature 6.67-inch full-HD+ (1,080×2,400 pixels) AMOLED displays with 120Hz refresh rates. The more affordable Mi 11X can be powered by Qualcomm Snapdragon 870 SoC to compete with OnePlus 9R while the Mi 11X Pro is likely to have Qualcomm Snapdragon 888 SoC. This is likely to put the latter against OnePlus 9 Pro and Vivo X60 Pro+.

There can be up to 12GB of RAM and up to 256GB of storage on these phones. The Mi 11X series is now confirmed to have a triple rear camera system, as seen in the images shared by Xiaomi. The Mi 11X may carry a 48-megapixel primary rear sensor and Mi 11X Pro could carry a 108-megapixel Samsung HM2 primary sensor. The other lenses can be an 8-megpaixel ultra-wide-angle sensor and a 5-megapixel tele-macro lens. The front has a tiny hole-punch camera cutout for the 20MP selfie sensor.

Both the smartphones can be backed by 4,520mAh batteries with support for 33W fast charging.