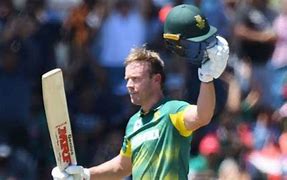 The former South Africa wicketkeeper-batsman has also revealed about the conversation he had with Royal Challengers Bangalore (RCB) star ahead of the IPL 2021.

Boucher stated that the conversation was ‘still very much open’ and he will communicate with de Villiers again towards the back end of the ongoing IPL.

“I did chat to him before he went to the IPL,” Boucher said. “The conversation is still very much open. AB being the person he is, he wanted to perform very well at the IPL, to prove to himself and everyone else that he is still a very key figure in world cricket and could dominate at that level.

“I said to him: ‘go do your thing, and I’ll give you a shout towards the back end of the IPL.’ So that is where we are with him,” Boucher told reporters according to South Africa website timeslive.co.za.

37-year-old AB de Villiers kicked off his IPL 2021 campaign with a match-winning 48 against the defending champions Mumbai Indians. Playing in his first competitive match in five months de Villiers smashed boundaries all around the park before getting run-out in an unlucky fashion.

The Pretoria-born cricketer played 114 Tests, 228 ODIs and 78 T20Is before announcing his surprise retirement in 2018.