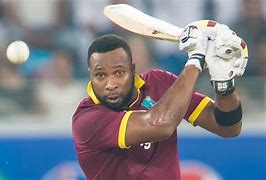 West Indies limited-overs skipper Kieron Pollard entered the very rare list of players who have achieved the milestone of hitting 6 sixes in an over on the international stage.

Pollard achieved the milestone in the first T20I against Sri Lanka. He became just the third batsman to do so after former Proteas swashbuckling opener Herschelle Gibbs achieved in ODI and former Men in Blue all-rounder Yuvraj Singh in T20I.

Pollard hit Sri Lanka’s Akila Dananjaya for six 6s in the sixth over of the innings as the hosts were chasing a target of 132 runs to go 1-0 up in the three-match series.

After Pollard achieved the incredible feat, Yuvraj Singh took to Twitter congratulating the captain and welcoming him to the elite club. Yuvi wrote, “Welcome to the club  @KieronPollard55 #sixsixes you beauty!!!”

The right-handed batsman hit the first ball over the long-on fence, the second ball was dispatched straight down the ground while the third was hit to the long-off fence.

“After the third one (on when he thought about hitting six sixes in the over) — I felt after hitting a couple of sixes, I understood how the pitch plays, it was important to be positive and play your shots on that pitch, back yourselves to clear the boundary — just happy that I managed to contribute to the team’s cause at that point of time,” Pollard said after the game.

Pollard explained what he felt before facing the last ball. “A couple of things went through my mind before the sixth ball — before the last ball, I thought should I go for the six or take the 30 runs in the over, he went around the wicket and bowled it onto my pads, I told myself ‘Wait, Polly, take a chance’. That’s how I have played my cricket all along, especially against the spinners. Today was my day, unfortunate for him, but this was a good win for our team,” he added.

Chasing 132, the hosts got off to a blazing start as the openers Evin Lewis and Lendl Simmons put on 52 runs in the very first three overs. However, Sri Lanka staged a comeback as spinner Akila Dananjaya took a hat-trick in the fourth over to send back Lewis (28), Chris Gayle (0), and Nicholas Pooran (0).

Simmons also departed soon after and West Indies was reduced to 62/4 in the fifth over. However, skipper Pollard provided real entertainment and the hosts’ score read 98/4 after the conclusion of the sixth over.

Pollard departed after playing a knock of 38 off just 11 balls, but in the end, Jason Holder (29) and Dwayne Bravo (4) guided Windies to a four-wicket win with 41 balls to spare.

Politician & opposition have criticized IT raid against Taapsee and Anurag