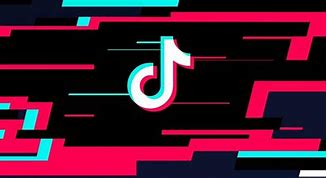 TikTok’s Chinese parent company ByteDance has agreed to pay $92 million (roughly Rs. 670 crore) in a settlement to US users who are part of a class-action lawsuit alleging that the video-sharing app failed to get their consent to collect data in violation of a strict Illinois privacy law.

The federal lawsuit alleged that TikTok broke the Illinois biometric privacy law, which allows suits against companies that harvest consumer data without consent, including via facial and fingerprint scanning. Illinois is the only state with a law that allows people to seek monetary damages for such unauthorized data collection.

“While we disagree with the assertions, rather than go through lengthy litigation, we’d like to focus our efforts on building a safe and joyful experience for the TikTok community,” TikTok said in an emailed statement. 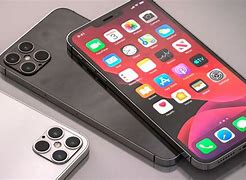 Apple will soon make the iPhone 13 series official in a few months. We have been seeing rumours related to the phones for some time now, which have aptly given us an idea as to how the 2021 iPhone 13 lineup could be like. In addition to the same, we have new details on the iPhone 13 Mini.

As per leaked renders by Svet Apple, the Apple iPhone 13 Mini is expected to feature a different-looking camera bump, which will get two camera housings arranged diagonally. This is different from the vertically-placed rear cameras seen on the iPhone 12.

However, this will be similar to how the rear cameras could be placed on the iPhone 13 The reason for this is acrredited to the urge for a new design and to make way for the expected Sensor-shift optical image stabilization (OIS) on the iPhone 13 series

Another design change is expected to be the presence of a smaller notch, which is a much-rumoured inclusion in the upcoming iPhone series. This will be on a 5.4-inch screen, which is one of the distinguishing factors of the device.

Apart from this,  another information  (courtesy, Ming-Chi Kuo) is that the iPhone 13 Mini is expected to be the last ‘Mini.’ It is most likely due to the fact that the 12 mini failed to make a mark and had rough sale numbers to show.

Apple is most likely to launch the iPhone 13, 13 Mini, 13 Pro and 13 Pro Max in September this year. The devices are expected to come with minor design changes, improved cameras with a focus on zooming capabilities and more, bigger batteries, A15 Bionic chip, iOS 15, and lots more.

The Pro variants are likely to use LTPO display tech to support variable refresh rate of up to 120Hz and come with a combination of Face ID and Touch ID (in the form of in-display fingerprint scanner).