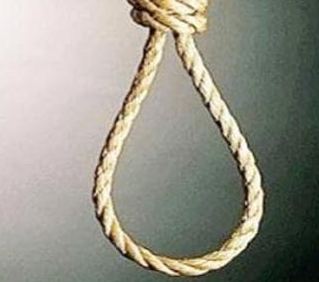 Shabnam and Salim’s mismatched love story’s bloody tale has come close to hanging. Probably for the first time in the history of independent India, a woman prisoner will be hanged till death for a rare crime she was found guilty of. On the night of April 14, 2008, the hanging house of the Mathura district prison was set to be hanged for the death of Shabnam, who was strangled to death by axe, along with her lover Salim, along with the parents and innocent nephew. Two towers of Manila flanks have been called from Buxar to be hanged. The executioner from Meerut also came to inspect the hanging house last year. However, the date of hanging has not been fixed. If Shabnam is hanged, it will be the first case of independent India.

Shabnam, a resident of Bawankhedi village in the Amroha district of Uttar Pradesh, along with her boyfriend Salim, on the night of April 14, 2008, had strangled seven people, including parents and innocent nephews, to death with an axe. Shabnam has been sentenced to death for the same crime. Shabnam’s mercy petition has also been rejected by the President. In such a situation, she is certain to be hanged. The system of hanging women is in the district jail. The court has not yet fixed the date for hanging Shabnam, but the jail administration has completed its preparations to hang Shabnam.

On March 12, 2020, the jail administration summoned Pawan Kumar Jallad of Meerut to get the hanging house inspected. The executioner had asked to arrange the towing, including the wooden salvage, the lever, the wooden planks and the Manila flange. Jail Superintendent Shailendra Maitreya told that the towing would be one inch in diameter. It will remain 24 feet long. The towing is being sourced from Buxar. The cost of both towing of Manila Sun is 36 hundred rupees. He told that as soon as the date of the hanging of Shabnam from the court is fixed, a trial will be done in the hanging house of the jail. In this, a sack full of soil equal to the weight of Shabnam will be hung on the noose. The jail was built in Mathura district in the year 1866, when a hanging house was built to hang the woman here. No woman has been hanged in this hanging house since independence.