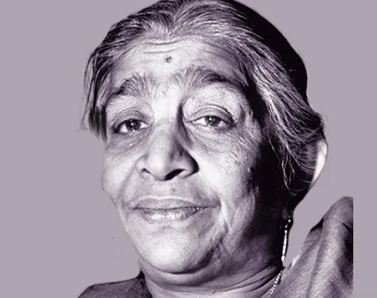 India celebrates Sarojini Naidu’s birthday as National Women’s Day every year on February 13. Actually, on this day, prominent freedom fighter and poet Sarojini Naidu was born. She is also known as ‘Bharat Kokila’ because of her poems. Sarojini Naidu played an active role in the Indian national movement for the independence of the country.

The nightingale of India was born on February 13, 1879. Sarojini was very intelligent since childhood. She started writing poems at the young age of 12. She was not only a freedom fighter but also fought a lot for the rights of women. She also has the distinction of being the first woman Governor of India.

Sarojini Naidu met Mahatma Gandhi for the first time in the year 1914 and dedicated herself to the country. She joined the national movement while getting an education. Many big leaders including Mahatma Gandhi, Jawaharlal Nehru were convinced of her leadership ability and respected her. She was awarded the Kaiser-i-Hind by the British government in 1928 for her actions during the plague epidemic in India. She went to South Africa in 1932 as India’s representative.

Listed amongst the “150 leading women” by the University of London in 2018, Naidu was appointed as Congress president in 1925, and as India’s first lady governor of Uttar Pradesh in 1947. Her works in poetry reflect some of the serious themes, including patriotism, romance, and tragedy. She died of a heart attack on March 2, 1949, while working in her office in Lucknow.