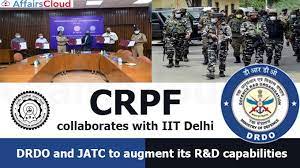 The Central Reserve Police Force (CRPF) signed an MoU with IIT-Delhi and the DRDO on Saturday to create a pool of officers who will work to discover expertise options for its operational challenges.

The about 3.25 lakh-strong force has about 500 officers and sub-officers who maintain skilled levels in engineering and expertise.

The Memorandum of Understanding between the nation’s largest paramilitary force, the Indian Institute of Technology-Delhi and the Defence Research and Development Organisation (DRDO) will allow these officers to undertake short-term specialised programs at these establishments and in addition pursue analysis work.

“A batch of 40 engineering graduate officers and sub-ordinate officers of the CRPF with right aptitude and potential will undergo a certificate course of about three to six months under IIT-Delhi’s continuing education programme,” a CRPF spokesperson mentioned.

“This will equip them with unique skills, capabilities and knowledge to tackle complex challenges, meet operational and strategic needs and enhance competitive advantage,” he mentioned.

A specific group of officers from this educated batch will bear increased diploma programs on the IIT-Delhi. These educated officers will act as tech advisors to the force, the spokesperson mentioned.

The chosen officers will even be related with joint analysis tasks undertaken by the DRDO and IIT-Delhi in defence and safety expertise options, he mentioned, including the primary batch is predicted to undertake programs and analysis work in ballistics, constructing and infrastructure, data expertise and communication.

CRPF Director General A P Maheshwari mentioned, “The aim of inking the MoUs with the two premier institutions is to build capacity for optimal utilisation of police technologies and to integrate requirements of the force with their research labs for realistic indigenisation of technologies on the internal security grid.” The CRPF is designated because the lead inner safety force of the nation and is the mainstay for anti-Naxal operations in Left Wing Extremism-affected states and counter-terrorist fight within the Kashmir Valley.

Why eating onion and garlic is prohibited during Navratri. Read here 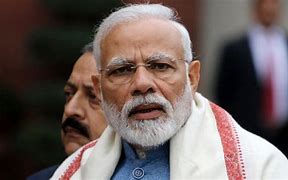 Prime Minister Narendra Modi on Wednesday highlighted the importance of education and self-confidence for transforming India into ‘Atmanirbhar Bharat’ in the upcoming years.  The PM was addressing the youth of the nation through virtual seminar.

PM Modi said that education and skill development will help the nation in becoming self-reliant. He also talked about how the National Education Policy will help the students of the country encourage the usage of regional languages in the nation.

The seminar conducted today was attended by PM Modi, where he discussed the steps taken during this year’s Budget for the education sector. The prime minister also talked about the importance of NEP and regional languages in our country.

While addressing the youth at the seminar, PM Modi said, “In the new National Education Policy, the use of the Indian languages has been encouraged. It is the responsibility of the experts of every language, how the best content of the world should be made available in Indian languages.”

During the event, Prime Minister Modi talked about the impact of educational policies, research activities, and skill development efforts undertaken by the government and educational institutions on the centre’s scheme named ‘AtmaNirbhar Bharat’.

Yesterday, Union Education Minister Ramesh Pokhriyal had tweeted, “Prime Minister will be addressing the inaugural session on ‘Harnessing Education, Research and Skill Development for an Atmanirbhar Bharat’ on March 3 at 10:30 am.”

The education minister will also address the valedictory ceremony of the event at 3:35 pm today, March 3. The speech will be available live on his social media handles and YouTube channel for the general public to watch.