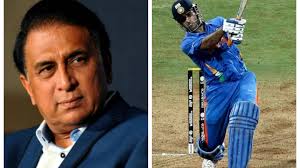 Dhoni’s World Cup-winning six over long-on landed into the Mumbai Cricket Associations (MCA) pavilion at the Wankhede Stadium. Renewed interest in finding the match winning ball were resumed recently as it’s been a decade since it was reported missing.

The incident came to light recently, when MS Dhoni announced his retirement from International cricket on August 15. Mumbai Cricket Association (MCA) Apex Council member Ajinkya Naik had suggested that the seat at Wankhede Stadium should be demarcated and the ball should be found.

Former Indian skipper and batting legend Sunil Gavaskar pitched in and located the ball which Dhoni smashed into MCA’s pavilion.

According to an MCA source, “Gavaskar has informed an MCA Apex Council member that the ball is with a Hong Kong resident who bought it at an ICC auction just after the 2011 World Cup final.”

Recently, the MCA decided to open the Wankhede as a stadium tour experience for fans and tourists. The world-famous cricket and sports venue now be set up as a pit-stop for the Maharashtra Tourism Development Corporation (MTDC) Ltd.

“We at the Tourism Dept had requested @MumbaiCricAssoc to work with us on opening up the Wankhede Stadium for a stadium experience tour to tourists and fans from around the world. They have agreed in principle to work together on the same.” 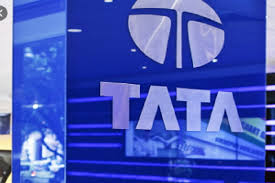 Apple has started manufacturing its mobile phones in India. The Tata group will invest Rs 5,000 crore to set up a spare parts project for Apple at an industrial complex in Hosur, Tamil Nadu. Although the Tata group and Tamil Nadu Govt have not yet confirmed this report, But sources said that the project will produce the necessary spare parts for Apple.

The Tata Group will invest Rs 5,000 crore to create a facility that will manufacture components for iPhone-maker Apple. Tata Electronics, a new entity, was allotted 500 acres by TIDCO (Tamil Nadu Industrial Development Corporation) for the manufacturing plant at the industrial complex in Hosur, Business Line reported.

Tata Group’s investment in the facility might be hiked later, based on the level of sourcing, to as much as Rs 8,000 crore, the report said.

Neither the Tata Group nor the Tamil Nadu government confirmed the development as per the report.

Titan Engineering and Automation (TEAL), a unit of Titan, will provide the expertise for setting up the production facility, the report said.

According to the report, the Bhoomi Pujan of the facility was held on October 27.

The manufacturing plant will have 18,000 employees by October 2021, of which 90 percent will be women, the report added.

The report stated that there was competition between states for the facility, with Tamil Nadu beating Karnataka to bag the project.