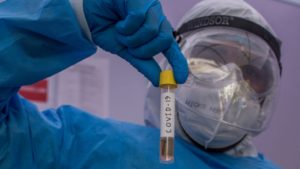 New Delhi. The whole world is currently battling the Corona virus. The virus named Kovid-19 has killed more than 90 thousand people around the world so far. At the same time, the number of people infected by it has crossed 1.5 million.

This discovery has been made by scientists at Cornell University, USA. In the research, the focus of the scientists was on the outer cuticle layer of the corona virus because the virus gets stuck in the cells of the body of people here and then starts generating new viruses.

Adding the virus to the cells in your body is a very long phased process. In this the virus first sees whether it has selected the right cell or not. For this, the chemicals present around the cell tell the virus whether this cell is the right target or not.

Whether the cell is the right target or not, the first layer of corona virus is known. This thorny layer then sticks to the target cell surface. Then the thorny layer, called the fusion peptide, starts breaking the cell, for this it first starts piercing the outer layer of the target cell of your body.

After this, by sending its genome sequence to this cell, the new virus starts generating. Gary Whitaker’s team discovered that calcium ions help make contact with the prickly layer of the virus.

Also, these calcium ions also change the structure of the thorny layer. This was seen in the transition of Mars and Sars. Now Gary Whitaker’s team is doing the same study on the barbed layer of the corona virus Kovid-19. The team hopes that soon the chemical process of the outer barbed layer of the corona virus will be revealed positively. If scientists stop this chemical process, the virus will not be able to contact the cells and will die from the effects of the vaccine in a few days.

For shifting production out of China Japan to offer $2.2 billion to firms