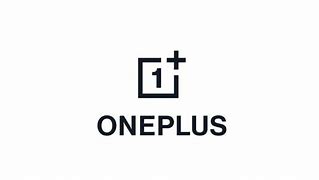 OnePlus’ mantra is to never settle and the brand follows it religiously. While most other smartphone manufacturers may believe that delivering a smartphone with a dedicated gaming mode is more than sufficient to curate a good gaming experience, OnePlus likes to differ. The never settling brand has taken it upon itself to take its users’ gaming experience up by several notches and it is doing so by bringing back its popular mobile phone gaming tournament, Dominate 2.0. Last year, OnePlus had introduced the Domin8 mobile phone gaming tournament with the OnePlus 8.

In the  tournament pro cricketers and celebrities, KL Rahul, Yuzvendra Chahal, Smriti Mandhana went in a head to head PUBG combat against pro gamers like Dynamo, Ahsaas Channa, GodNixon. The nail biting tournament involved playing three classic games of PUBG Mobile in succession on a OnePlus 8 series smartphone. OnePlus is now bringing back the same thrill and excitement with Dominate 2.0 and this year the online gaming tournament is all the more special because along with its flagship smartphones, the OnePlus 9 and the OnePlus 9 Pro, OnePlus has also launched the OnePlus 9R which is a smartphone with gaming at its very core.

To make sure you get  the ultimate gaming experience on your OnePlus 9R 5G, the brand has also added a Pro Gaming Mode which ensures your gaming adventure does not get interrupted. It limits apps running in the background and also blocks calls and notifications to ensure you get a distraction-less and smooth gaming environment. The phone also has a number of ultra cool features and modes, quite literally. It comes with 14 temperature sensors which monitor the temperature of the phone constantly,  as well as a multi-layer cooling system that has a graphite and copper lined vapor chamber which means the 9R will be cool as a cucumber no matter how intense your gaming gets.

The phone also allows you to use up to five fingers while gaming thanks to OnePlus 9R 5G’s 240 Hz touch sampling rate. This will translate into a faster and smoother gaming performance. All of this gaming magic is backed by some top of the line specs that make sure your gaming expedition on the OnePlus 9R 5G remains top-notch. The phone is powered by a Qualcomm Snapdragon 870G processor which is 12.6 percent faster than its predecessor. In addition to this, the phone comes with 12 GB RAM and 256 GB storage, making it an absolute gaming beast. There is an 8GB/128 GB variant available as well. It uses UFS 3.1 flash storage which is three times faster than UFS 3.0, ten times faster than a microSD card, and is even faster than  a PC-based SATA SSD running at 540 MB/s. An  X-axis linear motor simulates different styles of in-game vibrations, and then there are dual stereo speakers and Dolby Audio that add a whole new audio dimension to your game. The OnePlus 9R 5G also brings a beautiful and powerful display to the table. It sports a massive 6.55 inch full HD+ Fluid AMOLED display with a high 120 Hz refresh rate. This means not only gaming but casual scrolling on the OnePlus 9R will be just as fun.  Ensuring that your love for gaming never hits a halt, OnePlus has packed the 9R 5G with a huge 4,500 mAh battery which can easily see you through a day of heavy usage. And if and when your phone gets a little low on charge, you can quickly get it back in no time thanks to OnePlus’ legendary Warp Charge support and the 65W charger that the company packs in the box with the phone. It can charge the phone from zero to 100 in just 39 minutes. How insanely fast is that?! The phone is fueled by Android 11 (the very latest) and is topped by OnePlus’ Oxygen OS, making your smartphone ultra smooth and clutter free. And to top this off, the phone also is a camera powerhouse as it brings a quad camera setup on the back comprising a 48  main megapixel sensor with OIS, accompanied by a 16 megapixel ultrawide, a 5 megapixel macro sensor, and a 2 megapixel monochrome sensor. On the front there is a very good 16 megapixel selfie camera. All of this is encased in a premium, beautiful body which sits comfortably in hand even for hours thanks to the rounded edges of the phone.  OnePlus has also channelled its flagship killing past with the OnePlus 9R 5G and has placed the phone at an extremely affordable and competitive price of Rs. 39,999 for the 8GB/ 128 GB variant. Imagine, the greatest online gaming tournament, the Dominate 2.0 bundled with the gaming beast OnePlus 9R 5G. And to make things even more exciting, the Dominate 2.0 will be just as star studded an affair as the Domin8 2020. The gaming tournament will feature pro Indian cricketers like KL Rahul, Shreyas Iyer, Yuzvendra Chahal, Smriti Mandhana and professional gamers like Techno Gamerz, Payal Gaming and Mythpat. All of these icons will captain their own team and will battle it out in a series of Call Of Duty exhibitions. Speaking about the excitement over the tournament,  Vikas Agarwal, General Manager, OnePlus India said, “At OnePlus, we have continuously worked towards curating unique and innovative experiencers for our community. Last year’s Domin8 tournament saw tremendous response from our community, and we wanted to bring the fun experience of engaging with gamers and cricketers to our users once again. I hope that our community will wholeheartedly take part in Dominate 2.0 and have a fun time.” The action gets underway on April 15 and you can simply go to OnePlus India’s official YouTube channel from 3:00 PM IST to join in on the fun.

Looking to buy an automatic car: Here are your top 5 best options