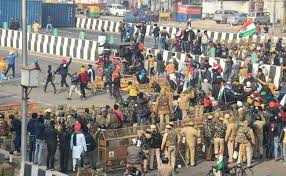 As the farmers protesting against the new agricultural laws entered Delhi ahead of the huge tractor rally, police barricades were knocked down near the outskirts of the national capital.  More than 5,000 protesters near the Singhu border, which divides Haryana and Delhi, broke police barricades, adamant to march ahead. Singhu border is the epicenter of the agitation that began late November.

Groups of protesting farmers camping at Singhu and Tikri border points of the national capital broke police barricades today to force their way into the city . According to officials, security personnel tried to convince the farmers that they have been given permission to hold their tractor parade in Delhi after the Republic Day parade at the Rajpath concludes. “But some groups of farmers did not relent and started moving towards the Outer Ring Road breaking police barricades,” an official said. A member of the Sankyukt Kisan Morcha, an umbrella body of 41 unions, leading the protest against the three Central farm laws at several border points of Delhi, said those who broke the barricades belonged to the Kisan Mazdoor Sangharsh Committee. He said the Sankyukt Kisan Morcha’s tractor parade will start as scheduled after police give farmers way. The Kisan Mazdoor Sangharsh Committee on Monday announced that they would hold their march on Delhi’s busy Outer Ring Road on Republic Day. The protesting unions has also announced a foot march to Parliament on February 1, when the annual Budget is presented, to press for their demands including a repeal of the three new agriculture laws.

Thousands of farmers will enter the national capital on their tractors under heavy security on Republic Day today, even as they announced a foot march to Parliament on February 1, when the annual Budget is presented, to press for their demands including a repeal of the three new agriculture laws. Heavy security has been deployed in view of the unprecedented ‘Kisan Gantantra Parade’ that will move into Delhi from three border points — Singhu, Tikri and Ghazipur (UP Gate). The farmer unions protesting for nearly two months against the three new Central farm laws said their tractor parade will start only after the official Republic Day parade on Rajpath concludes. They claimed around two lakh tractors are expected to participate in the parade in a show of strength and support. 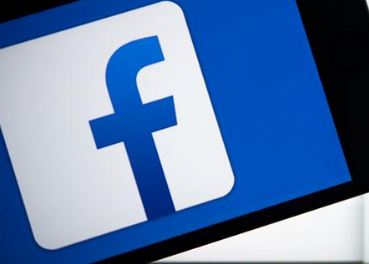 Social media company Facebook has banned Myanmar’s military from using the platform with immediate effect amid the ongoing conflict following a military coup in Myanmar. This means that Myanmar’s army will no longer be able to use Facebook and Instagram. The social media company said in a blog post that the ban became necessary due to other incidents, including violence, since the coup. The company said that it felt that allowing Myanmar’s military to use Facebook and Instagram was fatal.

The country’s army fell to power on February 1, overthrowing the government of the National League for Democracy (NLD). Several top leaders including the country’s supreme leader Aung San Suu Kyi were detained. Since then, a round of protests has continued throughout the country.

The army has been talking of rigging in the November 8 election. In this, Aung San Suu Kyi’s party won a big victory.  At least three protesters and a policeman have died in rallies in violence. Facebook said it would ban military-related advertising on its platforms. Myanmar’s Chief of the Defense Service Min Ong Henning has already been banned by Twitter and Facebook. The US has also banned them. They have been banned due to human rights violations. The US and many Western countries have appealed to Myanmar’s military government to cease violence and release political prisoners.

The US has already announced additional sanctions against Myanmar’s military rulers. The US has said that the Myanmar army should relinquish power and restore the democratically elected government.  Also said that he stands with the people of Myanmar as well as the supporters who are in favor of restoring the government ousted in the country.