Rajkummar Rao is one of the talented stars of Bollywood who has made a name for himself with his own hard work. On his birthday, we take you through 5 performances that show us that he is a versatile actor.

Raj Kumar Yadav born 31 August 1984 (known professionally as Rajkummar Rao) in Prem Nagar, Gurugram, Haryana, India.He had two older siblings and three cousins in an extended family. His father, Satyapal Yadav, was a government employee in the revenue department, and his mother, Kamlesh Yadav, a homemaker. Both his parents have died. He completed his 12th standard from Blue Bells Model School, where he used to participate in school plays.He did his graduation from Atma Ram Sanatan Dharma College, (University of Delhi) where he was simultaneously doing theatre with Kshitij Repertory and Shri Ram Centre in Delhi.

Rao said that he decided to become an actor after seeing Manoj Bajpayee, stating he was “highly influenced” by the performance. In 2008, Rao enrolled in a two year acting course in Film and Television Institute of India (FTII), Pune and shifted to Mumbai for a film career. Rao is a vegetarian.He had changed his surname to Rao from Yadav in 2014 and also added an extra ‘m’ to his name. He stated the reason: ““Rao or Yadav, I can use either of the surnames as both are family names. As far as the double ‘m’ in the first name is concerned, it’s for my mother. She believes in numerology.” Rao has been in a relationship with actress Patralekha Paul since 2010.He is the recipient of several awards, including a National Film Award, three Filmfare Awards, and an Asia Pacific Screen Award.

Rao graduated from the University of Delhi and went on to study acting at the Film and Television Institute of India. He then moved to Mumbai and made his film debut with Dibakar Banerjee’s found footage anthology film Love Sex Aur Dhokha (2010). After a few supporting roles in films like Gangs of Wasseypur – Part 2 (2012) and Talaash: The Answer Lies Within, he had his breakthrough with the drama film Kai Po Che! in 2013. He rose to prominence with his portrayal of lawyer Shahid Azmi in Hansal Mehta’s critically acclaimed biographical drama Shahid (2013), for which he was awarded the National Film Award for Best Actor and the Filmfare Critics Award for Best Actor.

Rao went on to feature in the successful romantic comedy Queen (2014), Aligarh (2016) and Trapped (2016). The last of these earned him another Filmfare Critics Award for Best Actor. Among his 2017 releases, the romantic comedy Bareilly Ki Barfi and the black comedy Newton were both commercial successes and won him several accolades; the Filmfare Award for Best Supporting Actor for the former and the Asia Pacific Screen Award for Best Actor for the latter. In 2018, he starred in the horror comedy Stree, which is the highest grossing film of his career so far.

If you are worried about obesity, then try this small recipe once

Former President Pranab Mukherjee’s health deteriorated more than ever, He is in state of septic shock 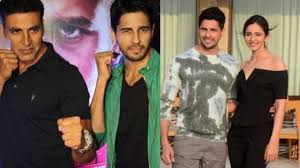