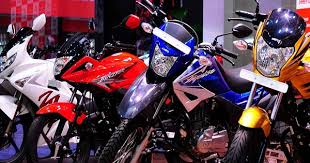 Finance Minister Nirmala Sitharaman on Tuesday said the Goods and Services Tax (GST) Council would look into the auto industry’s demand for lowering the tax rate on two-wheeler, which are now taxed at the highest slab rate of 28 per cent. The assurance came during an interaction she had with members of the Confederation of Indian Industry (CII).

“Since two-wheeler are neither a luxury nor a sin product, they merit a rate revision. Consequently, this will be taken up with the GST Council,” the CII quoted Sitharaman as saying.

The Council, slated to meet on Thursday, has the single-point agenda of compensation to states, but sources familiar with the developments said the meeting on September 17 might take up the two-wheeler rate issue to spur sales ahead of the festive season.

The passenger vehicles industry has been requesting the government to consider a phase-wise reduction in GST on automobiles, cutting rates on two-wheeler in the first stage, and deferring the tax cut on four-wheeler to a later stage. This, the industry said, would help the government contain potential revenue loss, and at the same time provide relief to around 20 million potential two-wheeler buyers across the country.

The scheme is open for professionals now, she added. Earlier this month, the government had widened the scope of the scheme by doubling the upper ceiling of loans outstanding to Rs 50 crore and including certain individual loans given to professionals like doctors, lawyers, and chartered accountants for business purposes under its ambit, apart from MSMEs.

Till August 20, banks disbursed more than Rs 1-trillion loans under the Rs 3-trillion Emergency Credit Line Guarantee Scheme (ECLGS), which was announced as part of the Aatmanirbhar Bharat package.

Domestic revenue generation is a concern,” Sitharaman said, adding the government was working with the Reserve Bank of India to ensure adequate support to banks.

On the private investment cycle, she said that in September 2019, the government had reduced the corporate tax rate but investments could not happen due to Covid-19.

After all, why women spend more time in the washroom, know this interesting information 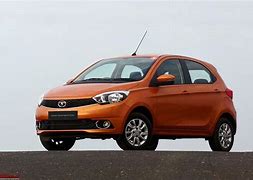 Tata Motors has launched the XTA variant of the Tiago in India with prices starting at Rs 5.99 lakh (ex-showroom, Delhi). The XTA is equipped with an AMT unit and is priced Rs 50,000 more than the XT manual trim. With the addition of the new variant, the Tiago is now available in four automatic transmission variants – XTA, XZA, XZA+, and XZA+ dual tone.

The XTA is essentially based on the XT trim and gets exterior highlights such as body-coloured ORVMs with turn indicators, body-coloured bumpers and door handles, and boomerang-shaped tail lamps. The cabin is equipped with an infotainment system by Harman, four speakers, front and rear power windows, central locking, and door pockets with bottle holders.

Mechanically, the Tiago XTA remains unchanged with a 1.2-litre petrol engine developing 84bhp and 113Nm of torque paired with a five-speed AMT gearbox. The rivals to the AMT include the Maruti Suzuki, WagonR, Hyundai Santro, and Maruti Suzuki Celerio. Tata recently launched the Limited Edition of the Tiago which is also based on the XT trim.

Commenting on the introduction of this new variant, Vivek Srivatsa, Head Marketing, Passenger Vehicle Business Unit (PVBU), Tata Motors said, “Fulfilling our brand promise of staying New Forever, we are constantly listening and gathering feedback from the market. The Tiago has received tremendous market response from across regions. Furthermore, the automatic transmission (AT) segment in India is booming and the same has been proven in the sales of Tiago as well. Acknowledging the increasing preference for ATs we are excited to introduce the XTA version to the range and are confident that this new variant will not only give us a competitive edge in the mid-hatch segment but will also provide customers with accessible options to choose from at every price point