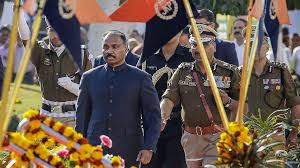 Ten months after the abrogation of Article 370, political buzz is back in Jammu and Kashmir. There are speculations around establishment on an advisory council which will assist lieutenant-general.

As per sources, the advisory council will draw members from the recently launched Apni Party by former PDP minister Altaf Bukhari. This comes after senior BJP leader Ram Madhav spoke about “allowing” full-fledged political process in J&K in a newspaper article last week.

India Today TV has learnt that Bukhari, who has been camping in Delhi for the last three months as a result of lock down, met with Union Home Minister Amit Shah several times to discuss the impasse in Kashmir and the possible role of Apni Party to fill the political vacuum. Sources said the Center is said to have a given a go-ahead for the advisory council last week.

When contacted, Altaf Bukhari refused to comment on political developments. “I am busy right now but I am also hearing about this development from media,” he said.

Besides Bukhari, other names that are making rounds include Usman Majeed, Zulfikhar Choudhary, Vikay Bakaya and Sunil Sharma.

While members of the group have preferred not to speak to the media about the developments, sources close to Bukhari said he won’t settle for a mere advisory role. After the launch of his party in March, Bukhari announced that he was ready for an election.

This is being seen as a first major political push in J&K since the abrogation of Article 370 on August 5, 2019. The advisory council, if established, will act as a bridge between the government and the people.

The members of the council, neither elected nor holding any constitutional positions, won’t be entitled to take the oath of office but will play a crucial role restart the stalled political process in Kashmir.

Sources insist that the negotiations are underway but the contours of the advisory council are still being worked out. It may take at least two to two to three months to take shape.

However, sources say, this decision has been taken at the highest level in the Union Home Ministry.

PDP leader Wahid Para slammed the Center for the move. “The political process will begin by releasing all mainstream political leaders in detention. Where is the will of the people in the advisory council if proxies are hand-picked by Delhi?”

Another interesting development is the sudden departure of former chief minister and National Conference (NC) leader Omar Abdullah from Srinagar to Delhi.

Omar Abdullah took the first flight on Monday after the resumption of air traffic at the Srinagar Airport despite rumblings within his own party.

NC party secretary Tanveer Sadiq recently wrote about reconciliation without mentioning Article 370. This has upset party’s chief spokesperson and senior leader Ruhullah Mehdi, who objected to such overtures from the party leader.

Omar Abdullah has been quiet on the contentious issue of Article 370 after his release from detention, with speculations rife over a purported “deal” with the Center.

Sources said that Omar Abdullah sudden departure to Delhi has set tongues wagging of meeting between NC and BJP stalwarts.

NC leader, however, distanced himself his visit to Delhi from political activity. In a series of tweet, Omar Abdullah said his visit was private and apolitical. “Finally, I am in Delhi for the first time since August 3 2019. There is nothing political about my visit, whether linked to the matter above or the political advisory council reportedly being formed. I needed a change of scene and some medical follow-ups and that’s why I am here,” he said.

A sudden flurry of political activity amid lock down has shifted focus to Delhi.

Some analysts argue that New Delhi is propping up Bukhari. One of them, on condition of anonymity, said, “In the current political vacuum, Bukhari may play a significant role.”

But this move may be a double whammy. “The Apni Party has been facing a credibility crisis since its origin. And now, if Bukhari gets propped up as a key actor in advisory council, the Apni Party will certainly have a BJP stamp. The move, however, will create a buffer between Center and the people of the Valley, who feel alienated since the abrogation of Article 370,” the expert said.

The country is struggling with Corona, while another disaster has occurred 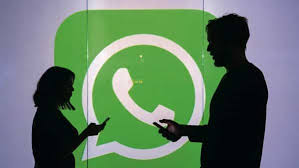