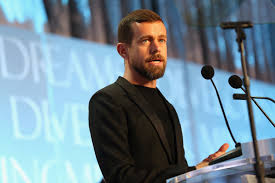 Twitter CEO Jack Dorsey, in a paradigm-shifting, COVID-19-inspired move, informed his employees that they can continue working from home “forever.”

Understanding this option is not suitable for everyone, Dorsey is keeping the door open for those who wish to work within the traditional office structure. He’s leaving the decision to either work from home or at the office in the hands of his employees. To those who wish to work at Twitter’s offices, the chief executive cautioned, “When we do decide to open offices, it also won’t be a snap back to the way it was before. It will be careful, intentional, office by office and gradual.”

Given the time frame of reopening, coupled with the opportunity to remain working from home, this new program means that it’s highly conceivable that the vast majority of Twitter employees will work remotely for the foreseeable future—or forever. This may have dramatic consequences if other corporations mirror Dorsey’s plan.

It’s amazing how quickly the pandemic changed the manner in which businesses operate. While people previously worked from home, it wasn’t a universally adopted policy. With companies ordered to shut down by authorities to prevent the spread of the COVID-19 virus, workers and management quickly adjusted to the new arrangements. The experiment proved to be more successful than ever imagined. The ascension of Zoom online videos, Slack, Google Hangouts and other technologies connecting people working from home with their colleagues and bosses appeared to work out relatively smoothly. As schools were closed and children were sent home, it was convenient that parents were there to look after them and offer assistance with their schooling.

Over the last few weeks, we’ve seen reports that major corporations, including JP Morgan, Facebook, Capital One, Amazon, Microsoft, Zillow and others, announced that they’re extending their work-from-home policies.

A New COVID-19 Syndrome In Children Has Pediatricians On Alert, Says This Infectious Disease Expert: Forbes

Post-lock down guidelines: Govt. offices to continue with staggered attendance, 15 days work from home a year – The Hindu

Amnesty International has said it is halting all its activities in India, claiming that it is being subjected to an ‘incessant witch-hunt’ over unfounded and motivated allegations. In a statement on Tuesday (September 29), Amnesty India said that it has been compelled to let go of staff in India and pause all its ongoing campaign and research work.

On the contrary, activities of Amnesty International in India were found to be suspicious and when the investigation started, it decided to halt its activities in the country, rather than facing the charges. In the recent probes, it has been found that the international organisation even failed to obtain the necessary permission to work in India, and was functioning illegally for so many years.

Amnesty has been receiving crores of rupees from abroad every year, while it was expected to register itself under the Foreign Contribution Regulation Act (FCRA) for the same. The Government of India, therefore, seized all the bank accounts of Amnesty, which has been active in India under four different names, according to the investigation.

After being exposed, the Amnesty stated, “The complete freezing of Amnesty International India’s bank accounts by Government of India which it came to know on 10 September 2020, brings all the work being done by the organization to a grinding halt.”

“This is latest in the incessant witch-hunt of human rights organizations by Government of India over unfounded and motivated allegations,” Amnesty International India said, adding that it stands in full compliance with all applicable Indian and international laws.

The organisation further stated, “For human rights work in India, it operates through a distinct model of raising funds domestically. More than four million Indians have supported Amnesty International India’s work in the last eight years and around 100,000 Indians have made financial contributions.”

Amnesty International is a United Kingdom-based non-governmental organization (NGO). Established in 1961, Amnesty describes itself as an organization working in the field of human rights. It opened its office in India immediately after its establishment. While working in India, it had strived hard to defame India rather than protecting the human rights of Indian people.

In the year 1947, the British left India, but these institutions are still working to enslave the Indian people ideologically. The DNA analysis will further expose the activities of an organisation like Amnesty International.

You will be shocked to know that this organization has been campaigning against India worldwide on the issue of Jammu and Kashmir. It has also campaigned in favour of 26/11 attack convict Ajmal Kasab, Parliament attack convict Afzal Guru, and 1993 Mumbai blast convict Yakub Memon.

Amnesty has also been very active with Urban Naxals, besides issuing a lot of statements on the Bhima Koregaon violence. It has relentlessly worked to tarnish India’s image on the global forums.

This international organisation also played a suspicious role after the Delhi riots in February this year. It also released a report on the Delhi riots in different parts of the world stating that the Delhi Police committed violence against those who were holding peaceful demonstrations.

The report gave a clean chit to rioters and also made an attempt to prove that these riots were anti-Muslim. This report has no doubt dented India’s image internationally, and Pakistan used the report to spread the false propaganda against India on international forums.

Refuting Amnesty International’s allegation, the Union Home Ministry said that all the “glossy statements” about humanitarian work and speaking truth to power are nothing but a “ploy to divert attention” from their activities which were in clear contravention of laid down Indian laws.

It said the Amnesty’s statement was “unfortunate, exaggerated and far from the truth,” adding “Such statements are also an attempt to extraneously influence the course of investigations by multiple agencies into the irregularities and illegalities carried out over the last few years.”

Notably, India’s fight is not just with Amnesty International, but also with the misuse of foreign funding. Crores of rupees come from abroad in India in the name of social service every year, but no one knows where this fund is being used as NGOs hardly give details related to their work.

Currently, there are around 31 lakh registered NGOs in India. In 2015, the CBI submitted this information before the Supreme Court. The question arises as to why there is a need for so many NGOs in a country like India.

You will be surprised to know that the number of NGOs is more than double the total number of schools; this number is 250 times more than the total government hospitals in the country.

Notably, there is one NGO for every 400 people in India, while there is only one policeman for 700 people; only 10 percent of NGOs follow government regulations, and the rest of 90 percent do not even submit their balance sheets.

In the recently concluded Monsoon Session, Parliament amended the Foreign Contribution (Regulation) Act (FCRA), which has created an uproar among NGOs receiving suspected foreign funding. The role of civil society is important in any democracy, but anti-national activities cannot be allowed under its guise.

Not only India, but several other countries are upset with the activities of NGOs. Around 40 countries including Russia, Israel, Hungary, and Egypt have enacted stringent laws against NGOs. Even in America, there is a ban on the interference of any foreign institution in its domestic politics. The Indian government has also followed the same international policy.

During the UPA government, the action was taken against such NGOs. In 2009, 883 NGOs were blacklisted on the charges of misusing funds. In 2012, registration of more than 40,000 social institutions was canceled, following the protests against the Kudan-Kulam nuclear project in Tamil Nadu. The role of these NGOs was found to be suspicious during the UPA 2 government.