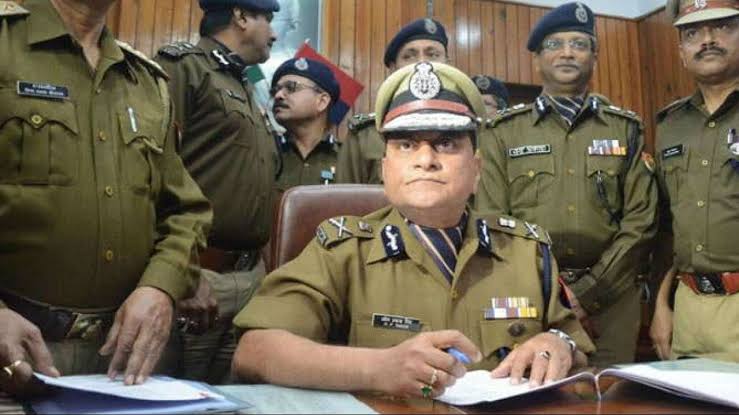 Lucknow: As Uttar Pradesh Director General of Police (DGP) O. P. Singh retires on Friday, the state government is yet to decide on his successor.

Singh was given a ceremonial send-off on Friday morning, but sources said that the possibility of his getting a three-month extension could not be completely ruled out.

In April 2015, the then DGP Arvind Jain was given a ceremonial send off in the morning and the same evening, just before the traditional high tea, he was given a three-month extension.

Interestingly, Singh has scotched rumours about his extension, and said that he would retire on January 31.

O. P. Singh has had an eventful tenure and will be remembered for introducing the police commissionerate system in two districts of the state.

He also has the credit of ensuring peace in the state after the Supreme Court verdict on Ayodhya temple, and the incident-free Kumbh Mela.

This has been a long pending demand of the IPS cadre in the state.

Meanwhile, the Uttar Pradesh government, which earlier sent a panel of five IPS officers to the UPSC for selecting Singh’s successor, has now sent the names of all DG-rank officers posted in the state or on Central deputation.

The names of three officers, who will be promoted to the DG rank after retirement of O. P. Singh and DG (Intelligence) Bhavesh Kumar Singh, DG (Special Enquiry) Mahendra Modi, were also sent to the UPSC. All three are retiring together on Friday.

The move to send all the names was taken by the government after DG Jawaharlal Tripathi filed a writ challenging non-inclusion of his name in the list despite him being one of the top three senior-most IPS officers posted in the state.

Meanwhile, speculations are rife that O. P. Singh is likely to be appointed as the new chief information commissioner of the state after retirement.

Prime Minister Modi is likely to speak on Lock down 5.0 after the current lock down ends on May 31. PM Modi will address the nation on May 31 in his monthly radio address Man Ki Baat.

Prime Minister Narendra Modi is likely to speak on the next phase of lock down from June 1 that may come into force after Lock down 4.0 ends on May 31.

PM Modi will be addressing the nation on May 31 on his radio programme Mann Ki Baat. It is also the last day of Lock down 4.0 and sources say PM Modi may throw some light on Lock down 5.0.

Sources said PM Modi in his address will emphasis on the lockdown spirit and also announce measures on easing of restrictions in most parts of the country.

According to home ministry sources, Lockdown 5.0 will manly focus on 11 cities with 70 per cent of the total corona virus cases in India.

The most-affected cities that have contributed 60 per cent of the total 1.51 lakh corona virus cases in the country so far are Ahmedabad, Delhi, Pune, Kolkata and Mumbai.

Center had earlier prepared a list of 30 municipal corporation areas which is said to account for 80 per cent of the country’s total corona virus cases.

The Center may also consider allowing religious places to be reopen in Lockdown 5.0 but with certain conditions, which will mean no religious events can be conducted in this period, including fairs and festivals. There will be no mass congregations. Wearing mask and social distancing will also be made mandatory in the religious places.

Karnataka government has requested PM Modi for the reopening of all religious places from June 1 and written a letter to the PMO.