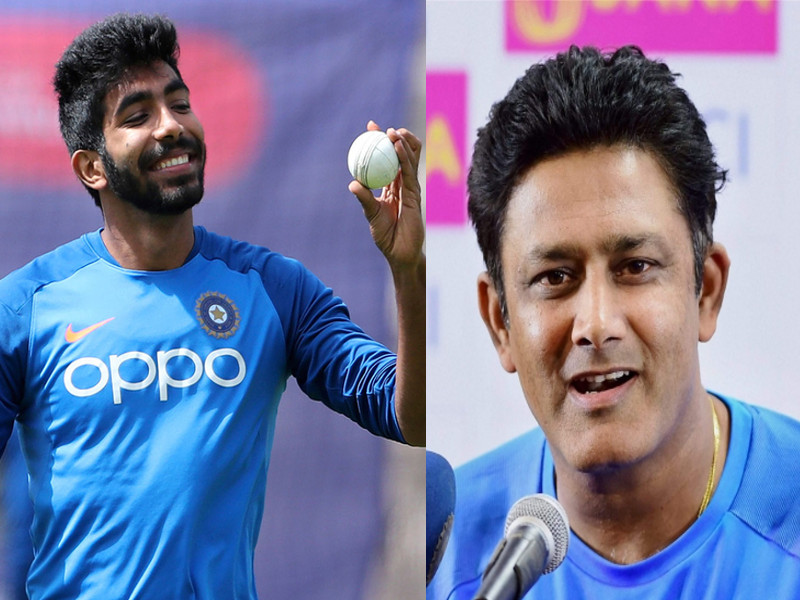 New Delhi: Lavishing praise on Jasprit Bumrah, former India skipper Anil Kumble has said the pacer has the quality to become the ‘greatest ever fast bowler from India’. Anil Kumble’s comments have come just days after Bumrah’s breathtaking display against West Indies. Within three years of his debut, he has already become the pace spearhead of the team across formats.

His rise in Tests is the most remarkable. Bumrah arrived at the scene as white-ball specialist on the back of his impressive performances in the Indian Premier League (IPL). Last year, India decided to try him out in Tests and the decision has been a masterstroke. Bumrah’s performance with the red-ball has shown he belongs to Test cricket.

He already has a five-wicket haul in South Africa, England, Australia and West Indies. In just 12 Tests, the right-arm pacer has picked up a staggering 62 wickets. In the recently-concluded tour of West Indies, he picked up a five and a six-wicket haul including a hat-trick. Impressed with Bumrah’s exploits, Anil Kumble has backed him to do well in future.

“I think he is an amazing cricketer, you know for a young boy who walked into Mumbai Indians in the IPL when I was part of it till now, he has just grown in stature, grown in his skillset, he is much stronger, fitter and he has added a bit of pace,” Anil Kumble said.

He could just blast out the opposition in less than five or six overs and that’s the ability Bumrah has and I think India is blessed to have someone like him. He certainly has the quality to go on and become the greatest ever fast bowler from India. I think that is something that he has and you can see those shades early in his career. He is only 25 so he has a long way ahead of him and you know it is wonderful to see the kinds of performances he has put together,” added Anil Kumble.

Apple lashes out against Google over iPhone hack report