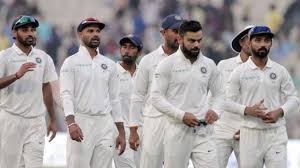 New Delhi: Team India is currently in the West Indies and playing the three-day practice match against the WICB XI. In the meantime, in a dramatic turn of events, it has been reported that the PCB has received an email of a possible attack on Team India in the Caribbean islands.

An anonymous email popped up in the inbox of the Pakistan Cricket Board’s (PCB) official account on Friday, August 16, stating that the Indian cricket team – which is currently in the middle of the tour of West Indies – is under threat of an imminent attack. The PCB immediately forwarded the said email, which has no mention of any terror-based group or known identities, to the International Cricket Council (ICC). In due process, the Indian cricket board (BCCI) also received a copy of the said email within the next 24 hours.

This comes as a shocking piece of news for everyone as the tensions between India and Pakistan continue to soar over the Kashmir issue. However, according to the reports in Geo TV, the PCB has acted responsibly over the incident and has reported the issue to the International Cricket Council (ICC). The BCCI on Sunday confirmed the email of TOI according to which it contained a threat “to Kill Indian Cricketers”.

While there was no response from the ICC, TOI spoke with a senior official in the Pakistan Cricket Board who said “PCB does not comment on safety and security issues”. However those who have read the letter told TOI that “on the face of it, the email sounds ‘bogus’. It mentions some random name. And it was proved that it was a hoax and the team is under no threat.” 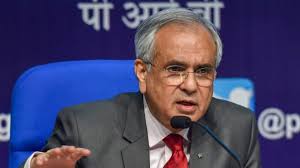 Concerns have been raised by many labor organizations about changes in labor laws in many states. The NITI Aayog, while trying to clarify things in this regard, has said that the government is committed to protecting the interests of workers. NITI Aayog Deputy Chairman Rajiv Kumar said that the strength of reforms is not to abolish the labor laws altogether.

In recent weeks, various state governments, including Uttar Pradesh and Gujarat, have either amended or proposed amendments to existing labor laws. The industry has been badly affected by the restrictions imposed to prevent the corona virus. This step has been taken by the state governments to provide relief to industry and companies.

Kumar said, “It has come to my notice that the Union Ministry of Labor has tightened its stand and made it clear to the states that they cannot abolish the labor laws, because India has signed the International Labor Organization (ILO) Is in countries.

He said that it is clear that the Central Government believes that reform of labor laws does not mean abolition of labor laws. The government is committed to protecting the interests of workers. He was asked whether labor reforms could be done by states like Uttar Pradesh and Gujarat without creating any kind of safety net for the workers.

On the macroeconomic situation of the country, the Deputy Chairman of NITI Aayog said that like the rest of the world, India is also facing the adverse effects of Covid-19. This epidemic has severely affected economic activity during the first two months of the current financial year.

The Reserve Bank has said that India’s gross domestic product (GDP) growth rate in the current financial year will be negative. To this, Kumar said that the negative growth is yet to be fully predicted. Right now, many things are unknown on the domestic and global front.

Kumar said that the aim of the government’s Rs 20 lakh crore economic package is not just consumer demand, but to improve aggregate demand. He said that the Reserve Bank has taken several measures to increase cash in the system. The Finance Minister is also encouraging banks to increase the flow of credit. This will help increase the total demand of the economy.

He said that it is important now that the financial sector especially banks should not avoid taking risks and increase the flow of credit to other sectors including micro, small and medium enterprises (MSME). If this happens, demand will arise and we will see improvement in economic activity in the country.

Asked whether the Reserve Bank should monetize the deficit, Kumar said that the government was considering all possible options for financing the stimulus package. On the possibility that companies exiting China may turn to India, Kumar said that if we bring the right policies to target companies, I see no reason why these companies will not come to India.