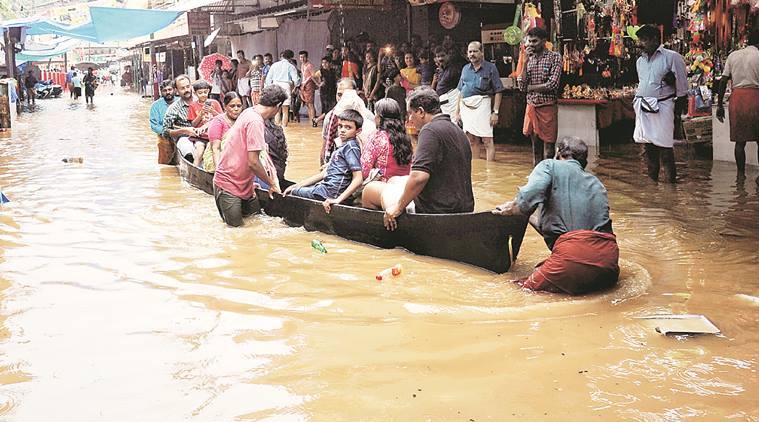 Kerala: Troubling memories of 2018 floods batters down Kerala once again. Heavy rainfall in past few days has caused flood situations again in Kerala. 22 Relief camps are also being organized for the people who are living in the areas where flood has been effective.

17 people have died due to flood and landslide in the region. 9 cities have been put on red alert. They are Ernakulam, Idukki, Thrissur, Palakkad, Malappuram, Kozhikode, Wayanad, Kannur and Kasargod. Of this, extremely heavy rainfall is considered likely in Idukki, Palakkad, Malappuram and Kannur.

Army has been deployed in Pangode military station. It is three columns of army which has been deployed there.  Flight operations at Cochin International Airport in Kerala have been stopped till 3 pm on Sunday due to heavy rain, airport officials said today. The water level in Periyar River and a canal near the airport has been rising. At least 17 people have died in the floods since Thursday.

Several are trapped under the debris and 200 are injured, officials said. A hundred people have been rescued, while two bodies have been found. Officials said the rescue operation may take 12 hours. Teams of the Army, National Disaster Response Force (NDRF) and the fire department are at the site. Schools and colleges are shut in all 14 districts of the southern state today. No university exam will be held today, officials said.

Chief Minister Pinarayi Vijayan met with officials of the State Disaster Management Authority at their control room to oversee coordination of relief and rescue.