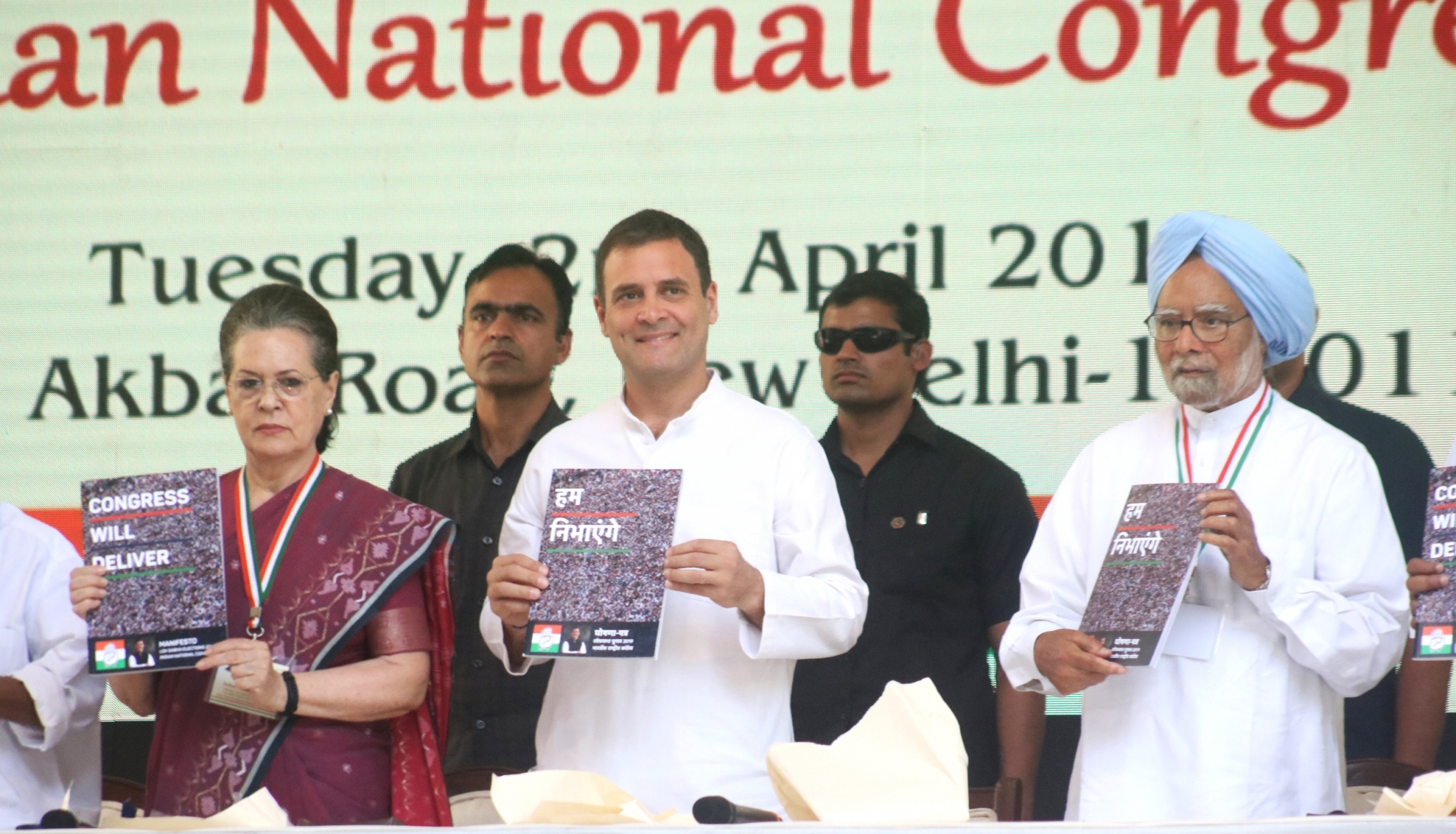 New Delhi: The Congress on Tuesday released the manifesto for the 2019 Lok Sabha elections.

The Congress on Tuesday released its manifesto for the upcoming Lok Sabha elections with its president Rahul Gandhi describing it as the “voice of people”. 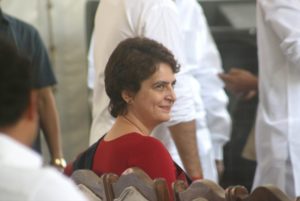 Rahul Gandhi was joined by other top party leaders, including former Prime Minister Manmohan Singh and Sonia Gandhi, as the opposition party unveiled its manifesto.

Chidambaram said real issues in the country are unemployment, farmer distress and women’s safety among others and accused the ruling BJP of trying to take narrative to hyper nationalism.

Singh said the manifesto’s purpose is to spell out the vision for the country to move towards forward-looking and inclusive economy and polity. 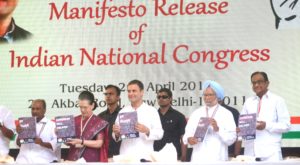 The Congress chief said if his party is elected to power, its government would spend six per cent of the GDP on education.

His party will work to unite the people, he said, accusing the Modi government of dividing the society and spreading hatred.

The Lok Sabha elections will be held in seven phases between April 11 and May 19.

Now for Congress, Haryanvi dancer Sapna Choudhary to campaign for this party