Washington: Phone records and intercepted calls show that members of Donald Trumps 2016 presidential campaign and his other associates had repeated contacts with senior Russian intelligence officials in the year prior to the election, officials said.President-elect Trump and then-President Barack Obama were both briefed on details of the extensive communications between suspected Russian operatives and people associated with the Trump campaign and the Trump business, US officials familiar with the matter told CNN.

The communications were intercepted during routine intelligence collection targeting Russian officials and other Russian nationals known to US intelligence, the report said on Wednesday.Among several senior Trump advisers regularly communicating with Russian nationals were then-campaign chairman Paul Manafort and then-adviser Michael Flynn.Adding to US investigators’ concerns were intercepted communications between Russian officials before and after the US elections discussing their belief that they had special access to Trump, said two US law enforcement officials.

The intercepted communications also included other associates of Trump, whom the officials declined to identify. On the Russian side, the contacts also included members of the government outside of the intelligence services, they said. The call logs and intercepted communications were part of a larger trove of information that the Federal Bureau of Investigation (FBI) was sifting through as part of an investigation on the links between Trump’s associates and the Russian government, as well as the hacking of the Democratic National Committee computers, according to federal law enforcement officials.

Manafort denied that he was in contact with Russians known to US intelligence. “This is absurd,” he said. “I have no idea what this is referring to. I have never knowingly spoken to Russian intelligence officers, and I have never been involved with anything to do with the Russian government or the (Vladimir) Putin administration or any other issues under investigation today,” he said.Manafort, who has held business ties with Russian and Ukrainian individuals, also emphasised that his work for the Yanukovich government in Ukraine should not be interpreted as closeness to the Russians.

The intercepted calls are different from the wiretapped conversations in 2016 between Trump’s former National Security Adviser Michael T. Flynn and Sergey I. Kislyak, Russia’s Ambassador to the US. In those calls, which led to Flynn’s resignation on Monday night, the two men discussed sanctions that the Obama administration imposed on Russia in December.

On Tuesday, top Republican lawmakers said Flynn should be one focus of the investigation, and that he should be called to testify before Congress. Senator Mark Warner of Virginia, the top Democrat on the Intelligence Committee, said Flynn’s resignation would not stop the committee “from continuing to investigate General Flynn, or any other campaign official who may have had inappropriate and improper contacts with Russian officials prior to the election”. 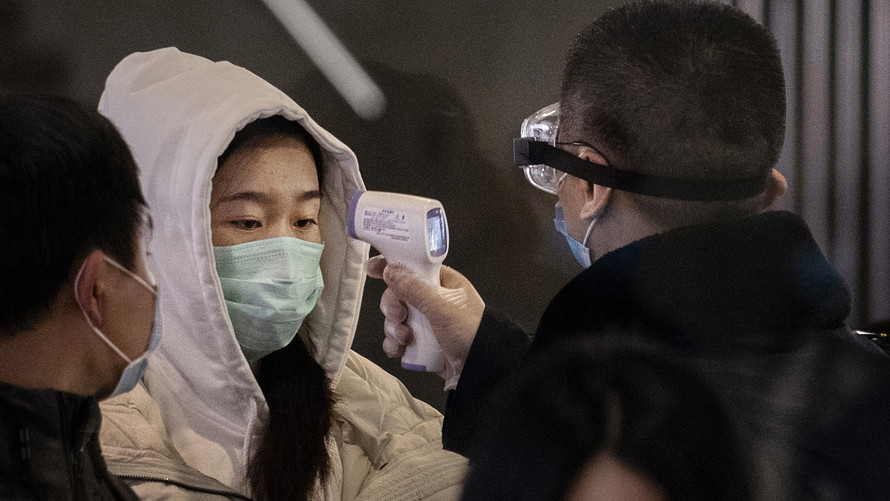 Beijing: The revenue of China”s wedding industry has declined since the outbreak of the novel coronavirus as many couples were forced to postpone their weddings during Chinese Spring Festival.

According to a Global Times report, industry analysts and business sources said that foreign marriage companies that conducted and managed the marriage of Chinese couples in Indonesia”s Bali, Japan”s Okinawa and in the Maldives have reported huge losses.

“We have postponed our wedding ceremony, which was to be held in Bali in early March,” Zhou, a bride in Beijing, told Global Times. We have taken this decision to avoid crowds attending the event like marriage due to health reasons.”

Lisa Wang, an employee of a wedding planning firm in Beijing, said: “My clients planned to hold a wedding ceremony in Bali in February. But they have postponed these programmes till the second half of this year due to concerns about the virus epidemic. ”

Last week, Indonesia banned flights to and from China to prevent the spread of coronavirus.

Wang said that since the beginning of February, his work has been negatively affected. He said he has not received any new contracts for local wedding shows and photography in Bali, Okinawa and South Korea”s Jeju Island from late January to mid-February.

Another employee in Seoul, the capital of South Korea, said: “In the past years, we received more than 20 orders from Chinese couples in January for wedding photos in our studio, but this year we have not received any order.”

The South Korean employee also said that the studio”s revenue from Chinese customers has increased in recent years, but they are suffering a lot of losses earlier this year.