New Delhi: The Congress today sought the resignation of Chattisgarh Chief Minister Raman Singh over the charge that money was offered to a Congress candidate to make him remove from the battle in an assembly election.

Demanding an investigation in the case, Congress spokesperson Randeep Singh Surjewala, “Tiil the probe is completed by a sitting judge of the Supreme Court, it will be unfair for Raman Singh to continue as chief minister as he may influence it. He must resign from his post for a fair and transparent probe.”

“If there is any involvement of Congress leaders, it should also be probed,” he added.

The Indian Express news daily on Wednesday ran a story on audio tapes that purportedly show that money exchanged hands to ensure that the BJP won the Antagarh assembly byelection in 2014.

Congress candidate Manturam Pawar had then withdrawn his candidature. In March this year, Pawar joined the BJP.

Over a year after the BJP got a walkover, audio tapes have emerged of purported conversations between key political players of both the BJP and the Congress. 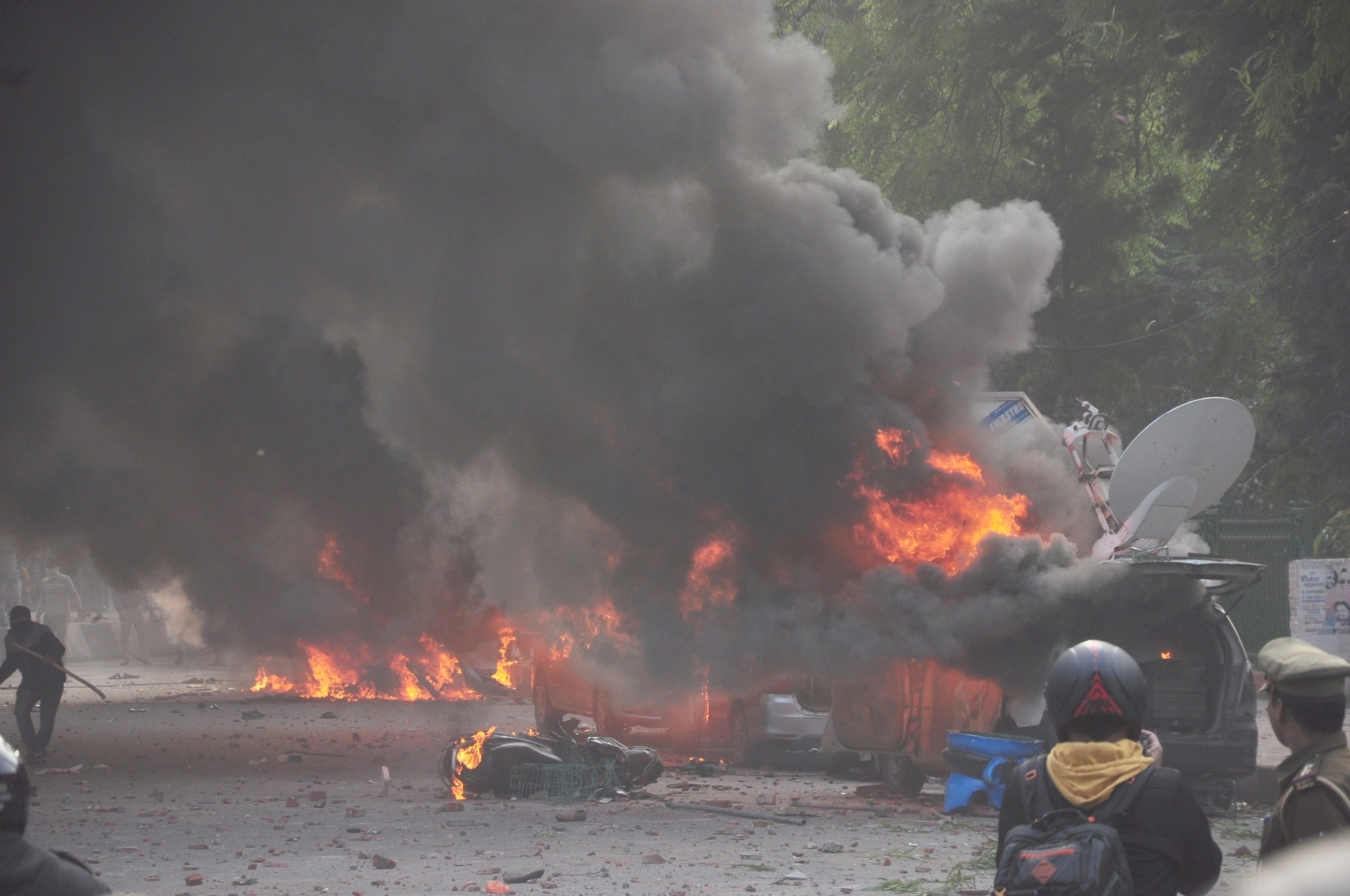 A massive fire broke out at the state Secretariat here, resulting in the destruction of files, records and documents of the Bihar Rural Development Department, even as the opposition RJD on Tuesday smelt a conspiracy to “destroy evidence of scams during the NDA rule”.

According to fire official, the blaze broke out around 11.30 pm on Monday on the ground floor and gradually spread to the first floor of the building. The fire was eventually doused on Tuesday after almost 15 hours.

“The fire broke out on the ground floor. As the Secretariat has its own fire brigade, fire tenders were pressed into service to douse it. However, the fire was intense and we had to sent one dozen more fire tenders to the spot. They continued with firefighting till around 1.30 pm on Tuesday,” said a spokesperson for the Patna fire service.

“The firefighters faced huge difficulties due to intensity of the fire. In the absence of access, dousing of the flames on the second floor was extremely challenging for them. No loss of human life was reported but we believe damage to properties and important documents of the Bihar government,” he added.

“The fire did not break out but someone intentionally lit the fire to prevent unearthing of scams in the future.”

“The leaders of NDA allies Janata Dal-United and BJP have realised that their government will not return to power in Bihar. They are now gripped by fear that scams done during the NDA rule will be inquired into when the RJD returns to power in Bihar. Hence, they have destroyed evidence by lighting the fire in the Secretariat building,” Gagan said.

He claimed that the NDA government led by Chief Minister Nitish Kumar was involved in over 60 scams, including the Srijan scam in Bhagalpur.