Mumbai: Filmmaker Vetrimaaran says the experience of working on his latest Tamil directorial “Visaaranai” was mentally and physically draining for all his actors and himself too.

The film, which is about police brutality, had its Asian premiere at the ongoing 17th Jio MAMI Mumbai Film Festival on Sunday.

“My actors went through a lot of pain. Although we used fiber batons for the beating sequences, the actors were really beaten. It left them both physically as well as mentally drained,” Vetrimaaran told.

The film features Dinesh, Murugadoss and Samuthirakani in lead roles.

“There were instances where Dinesh’s skin would break open but he’d still continue shooting. He wanted everything to look authentic as possible. I don’t think any other actor would’ve been as accommodating as him for this project,” he said.

It wasn’t easy for the actors who played the policemen too.

“For those who played the police officials, it was hard to erase the images of pain and violence from their heads. All of us had to undergo counselling sessions to let go of everything and return to our normal self,” he added.

The film earned critical acclaim earlier this year when it had its world premiere at Venice International Film Festival.

Sienna Miller wanted to be midwife 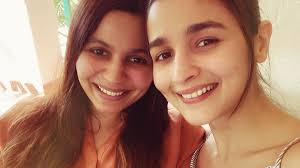 Shaheen Bhatt show social media post screenshots of rape threats she received on Instagram On Monday .she and her actress sister Alia Bhatt have been receiving such hate messages on social media.

In a strongly-worded series of Instagram stories, Shaheen Bhatt reprimanded the Instagram users responsible for sending the hate messages and warned them of legal action. Sharing the screenshots, she wrote, “Does this surprise you? Why? It doesn’t surprise me.”

Shaheen contemplated whether or not to take a strong stand against the people writing hate messages to her, and then decided to take a stand to help create a safe environment for woman in India. She then wrote, “I wondered for days whether or not this was something I should address. I debated whether it was worth the effort it would take because us, why waste time and even 1% of mental processor power on this. But then I realized, if I believe that the world should be a place in which women can feel safe and exist without being constantly threatened, sexualised or subjected sexist/misogynistic slurs with the sole intent to humiliate them – If I believe women should be treated like HUMANS. Then that’s a world I have to help create.”

She added, “And in order to create that world I have to draw boundaries in my own life and pursue action no matter how annoying or time consuming or downright sad it is .”

She further said that she will not protect their identities and will resort to any “legal recourse available” to take action. “So, I speak now to those of you who think it’s okay to send me or anyone messages full of hate: If you send me a message with the sole hope (I say hope because I promise you -nothing you say is keeping me up at night) of humiliating, insulting, or bullying me, then the following things will happen – The messages or comments will first be blocked and reported to Instagram directly. – You will forfeit the right to your privacy. I will not protect your identity,” read an excerpt from Shaheen’s post.

She added, “I will use all legal recourse available to me to take action. If you think you can’t be located because your account is anonymous, please think again – IP addresses are easily traceable You are not invisible, Harassment is a crime.”

Then addressed Instagram and said that she doesn’t have to change the way she uses the platform if someone else is being abusive. She wrote, “To Instagram – you have zero tolerance policies for a lot of the content that people put up on your platform – I think it’s fair to say that misogynistic slurs, intended to subdue and oppress should fall under the umbrella of your zero tolerance community guidelines. But if you don’t want to receive abusive message turn off your message requests.Tired of being called a b*tch in your comments? Turn off your comments. Asking me to change the way I use a platform because of someone else’s hatred and misogyny is the equivalent of telling me that if I go out at night and get assaulted I was asking for it. I should not have to change the way I use a platform if someone is being abusive. They should.”

Ever since the death of Sushant Singh Rajput, the Bhatt family has been receiving hateful messages on social media accusing them of perpetuating nepotism. Earlier, Shaheen’s elder sister and filmmaker Pooja Bhatt also expressed how their family has always supported new talent from outside the industry.

Alia Bhatt, on the other hand, has disabled comments on her Instagram posts.