Kabul: The Taliban militant group has rejected a truce appeal made by Afghan clerics to halt terror activities during the holy month of Ramadan, a media report said.

A Taliban spokesperson said that not only are they rejecting the truce offer but will increase their attacks during Ramadan, as per reported.

Taliban announced their stance after the clerics appealed to the insurgent group to stop their attacks in Afghanistan and allow people to devote themselves to prayer.

Ramadan is a holy month observed by Muslims with fasting, introspection and prayer and will begin from June 18. 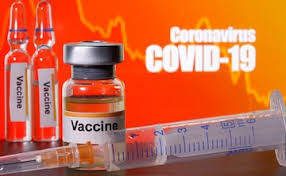 Britain on Wednesday approved the Pfizer-BioNTech Covid-19 vaccine on independent advice of its medicines regulator.
The vaccine will be made available across the UK from next week.
“The Government has today accepted the recommendation from the independent Medicines and Healthcare products Regulatory Agency (MHRA) to approve Pfizer-BioNTech’s Covid-19 vaccine for use,” a UK Department of Health and Social Care spokesperson said in a statement.
Advertisement

Experts at the MHRA have concluded that the vaccine has met its strict standards of safety, quality and effectiveness after months of rigorous clinical trials and a thorough analysis of the data.
Care home residents, health and care staff, the elderly and the clinically extremely vulnerable will receive the vaccine on priority basis.
“The Joint Committee on Vaccinations and Immunisations (JCVI) will shortly publish its final advice for the priority groups to receive the vaccine,” the spokesperson said.