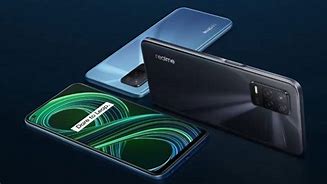 The sub-Rs 10,000 segment was once the most action-packed space that saw multiple launches in a month. However, we have seen a transition where smartphone brands are now focusing on the sub-Rs 15,000 or sub-Rs 20,000 price segment more, which means many phones are coming to the market with a price tag upwards of Rs 10,000. But that doesn’t mean there are not enough phones you can consider buying on a tight budget.

If you plan to buy a new smartphone on a tight budget, this listicle might come in handy. We have compiled a list of the top five phones under Rs 10,000 you can buy this month.

The Moto G10 Power is our top smartphone pick under Rs 10,000. It is among a handful of devices that come with a stock Android experience. It runs on Android 11 out-of-the-box and is powered by a Snapdragon 460 processor coupled with 4GB of RAM. The biggest highlight of the smartphone is its massive 6000mAh battery which comes with 20W fast charging support. The smartphone comes with a 6.5-inch HD+ IPS LCD display and sports a quad camera setup. It packs a primary 48-megapixel primary sensor, 8-megapixel ultra-wide secondary sensor, 2-megapixel macro sensor, and 2-megapixel depth sensor.

Xiaomi’s Redmi 9 Power is our second pick under Rs 10,000. It comes at a starting price of Rs 9,999 and offers plenty of features that other phones do not provide in this price range. To name a few features, the Redmi 9 Power packs a 48-megapixel quad-camera array, a 6.53-inch Full-HD+ IPS display, Qualcomm Snapdragon 662 processor, and a 6000mAh battery. On paper, the phone looks excellent.

The Moto E7 Power is an entry-level smartphone from Motorola and starts at as low as Rs 7,499 for the 2GB RAM and 32GB storage model. It also ships with a stock Android experience but runs dated Android 10 out of the box. The handset is powered by a Helio G25 processor, which is apt for light multitasking. The handset packs a large 5000mAh battery which is good enough for over a day. It features a 6.5-inch Max Vision HD+ display. The Moto E7 Power sports a dual-camera setup featuring a 13-megapixel primary sensor and a 2-megapixel secondary sensor.

The Realme Narzo 30A comes at Rs 8,249 and is among a handful of devices that ship with a Type-C port for charging. The handset is powered by a Helio G85 processor coupled with 3GB/ 4GB of RAM and comes with 32GB/ 64GB storage options. The smartphone features a 6.5-inch mini drop display with an 88.7 per cent screen to body ratio. The Narzo 30A sports a dual-camera setup with a 13-megapixel primary sensor and a black and white sensor. The handset also ships with a massive 6000mAh battery.

Purchasing these six automobiles can cost dear on your pocket: Check hiked price

Vivo V21e 5G will be launched today at 5 pm, you can watch live event on Instagram 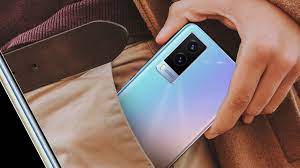 The soon-to-be-launched phone in India could do well after the Vivo V21e 5G price, features and other specs were leaked. Vivo is set to launch the smartphone in a virtual event on June 24 at 5 pm today. The live stream of the Vivo V21e 5G launch event will be exclusive to Instagram only. Influential people like Barkha Singh and Jannat Zubair will also be present at the launch event of this phone. Also, the Vivo V21e 5G India launch will last for a full 150 seconds, so there’s no point in streaming it anywhere else.

Since the Vivo V21e 5G is being launched on Instagram, there is no URL that we can embed in this news. You can turn on notification reminders by following the Vivo India Instagram handle, which will give you a reminder as soon as the event starts.

The Vivo V21e 5G will feature a 6.4-inch FHD+ AMOLED screen with Schott Xensation UP. The phone is powered by MediaTek Deimensity 700 5G SoC. The handset will launch with 8GB LPDDR4X RAM and 128GB storage. The Vivo V21e 5G will draw power from a 4,000mAh battery and support 44W fast charging, which can charge the battery up to 72 percent in just 30 minutes. Coming to the optics, we get a 64MP primary sensor and an 8MP ultra-wide-angle lens. The 32MP sensor will handle selfies and video calls.