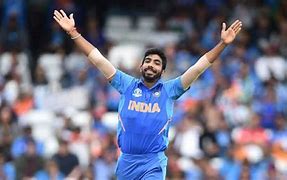 Former Pakistan fast-bowler Aaqib Javid loves to vent out all his feeling on social media and loves to stay in the news. Days after he hailed Babar Azam’s technique to be better than Indian captain Virat Kohli, Javed now has come up with some advice for Jasprit Bumrah.

Javed has compared Bumrah to young Pakistan pacer Shaheen Shah Afridi and said that the Indian bowler needs to learn a lot with the new ball and this is where Shaheen was better.

“(Jasprit) Bumrah is a really good bowler who is good at everything. Right, now he is better than Shaheen [Afridi] in terms of death bowling. Although, with the new ball, Shaheen is ahead of him,” Javed said.

However, the former pacer went on to add that Pakistan management needed to manage the workload of Shaheen as he could be a match-winner for a long time. He called it “injustice” that Shaheen is made to play every match. He requested Pakistan team to not play Shaheen when the side has ost the series or adopt a proper rotation policy.

“Shaheen should only play those matches which are important,” he wemt on to say.

Shaheen has taken the charge of the Pakistan bowling attack across all the formats and he has also emerged as a leader of the side. He has been hailed as one of the best bowlers in the current generation and with his pace and skills, he can certainly go on to leave a lasting impression on the game.

We will make you dance in Bollywood: Shahrukh Khan hilarious reply to Brad Pitt is going viral

Looking to buy an automatic car: Here are your top 5 best options