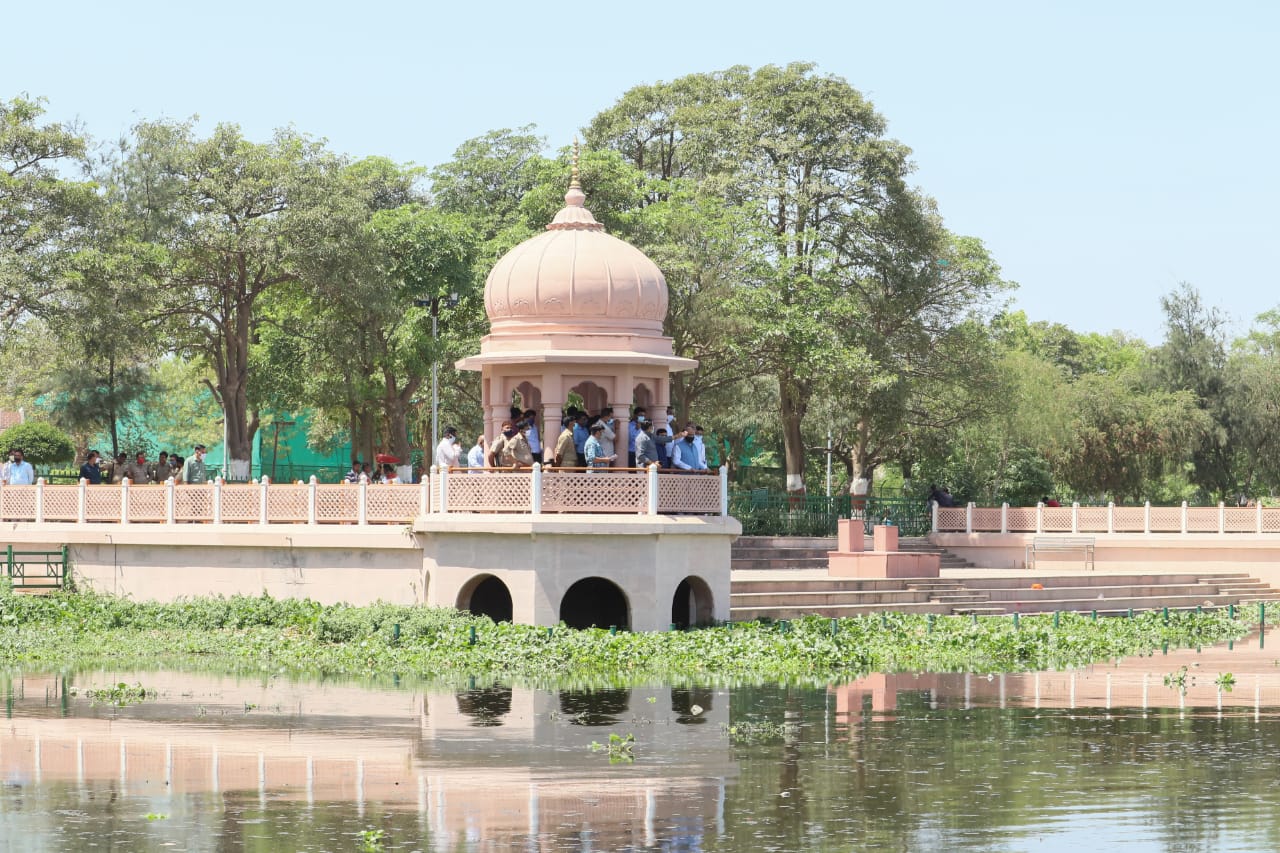 According to Lucknow Municipal Corporation officials, the ministers and top officials, at first, visited Kudiya Ghat and witnessed algae and water lettuce around the banks and even in the middle of river. A similar situation was found at Shaheed Smarak Ghat and near Gomti Barrage.

Ashutosh Tandon also gave directions to civic officials to install interlocking steel nets to plug the open drains falling directly to the river. While, all high drains will be connected to water treatment plants said the minister. He also asked the officials to ensure that the river should remain clean after the cleaning work is completed.

Municipal commissioner Ajay Dwivedi said, “The teams will be deputed to clean the Gomti River from tomorrow and we are targeting to clean the river within next seven days. “