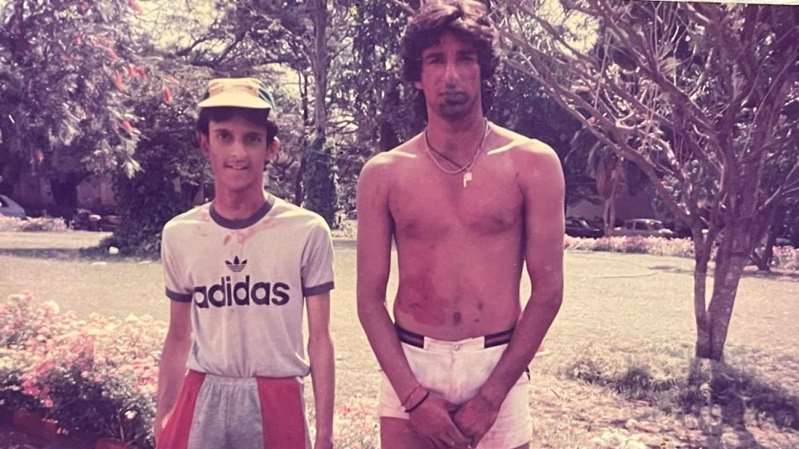 Sports presenter Gautam Bhimani shared a throwback picture on the occasion of the festival Holi from 27 years ago. However, along with him, there’s one more person and he is none other than former Pakistan fast bowler Wasim Akram.

Akram is almost unrecognisable in his half-naked picture with a few colours on his face. Similarly with Bhimani, who looks a young kid in the picture.

Sharing the picture on Twitter, Bhimani wrote, “My favourite cricketing #Holi memory! The Indian and Pakistani teams playing Holi in the pool of @TajWestEnd Also the first time I met @wasimakramlive #INDvsENG #indvpak #HappyHoli.” To which, Akram tagged and wrote, “Happy Holi . What a day that was 87 tour of india.”

The entire team played Holi on the poolside at the Taj Hotel in Mumbai where the two teams were staying. It was apparently also the first time that Bhimani was meeting Akram.

Pakistan toured India in the year 1987 for five Test matches starting from February 4 to March 16, which is the time range when the festival of colours takes place in India. Pakistan won the series 1-0 after winning the final Test by 16 runs as the first four games of the series resulted in a draw.

On Monday, the country celebrated the festival of colours as many sports personalities took to Twitter to extend their greeting for the same.

Looking to purchase a new SUV? Here are top five of them under Rs 10 lakhs