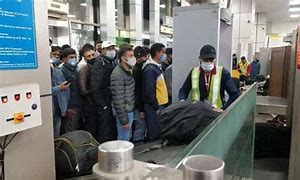 A couple from Khar has been booked for forging their Covid-19 test reports and could be jailed for two years and monetary penalty.  The couple and their child was set to fly to Jaipur, but all three had tested positive so they forged the negative report to be able to still take the flight, civic body officials said.

The couple, aged over 50, had taken the test on February 26, a day before their flight to Jaipur, but they were stopped at the airport in Mumbai after officials spotted the fake negative test reports. A negative RT-PCR report has been made mandatory to enter Rajasthan if one is coming from Maharashtra among a few other states.

According to officials, the entire family had tested positive for Covid-19 but when a BMC official called in to check on the results, they were told the entire family was negative. They sent the forged test report to the officer over WhatsApp.

However, the officer also reached out to the diagnostic centre for a copy of the family’s results, and the reports showed they had the infection, indicating forgery.

The family got the positive test report on February 27, the same day as they were scheduled to fly to Jaipur. On reaching the airport, the family was told their Aarogya Setu  status was ‘red’ – the colour that shows the family was positive.

The family was asked to go back home and quarantine themselves. According to Vinayak Vispute, assistant commissioner of H West Ward, an FIR has been lodged as such actions by citizens’ puts the lives of many at risk.

The municipal body said it doesn’t yet know who all were involved in this wrongdoing, and has asked the police to do a thorough investigation in the case. For now, the police has booked the family for forgery, disobedience to orders by public servant and negligent act likely to spread infection of disease dangerous to life. The offences mentioned in the FIR could attract severe punishment of two years in jail and a fine.