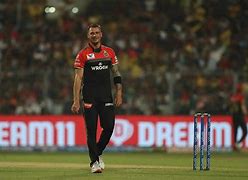 A day after stating that cricket at times takes backstage in Indian Premier League (IPL) as compared to Pakistan Super League (PSL) or Lanka Premier League (LPL), South Africa pacer Dale Steyn issued an apology on Twitter saying that words can often be taken out of context in social media.

Steyn who has represented Royal Challengers Bangalore, Deccan Chargers, Sunrisers Hyderabad, and Gujarat Lions in the IPL, said the T20 tournament has been ‘amazing’ in his own career

“IPL has been nothing short of amazing in my career, as well as other players too. My words were never intended to be degrading, insulting, or comparing of any leagues. Social media and words out of context can often do that,” Steyn tweeted.

“My apologies if this has upset anyone. Much l,” he added.

Steyn’s apology came after he claimed on the sidelines of the Pakistan Super League 6, where he is representing Quetta Gladiators, that money is given more importance than the game in the IPL. Steyn had said that this was one of the reasons why he had not featured regularly in the event.

“I think when you go to the IPL, there are such big squads and so many big names and so much emphasis on maybe the amount of money players earn and everything like that, so sometimes, somewhere down the line, cricket gets forgotten,” he had said.

Steyn’s comment had irked the Indian fans who had taken to social media to vent out their anger on the South African great.

Steyn was part of the Royal Challengers Bangalore squad in the last IPL held in the UAE. In January this year, Steyn announced that he is opting out of the IPL 2021 but will play other leagues around the world. Steyn’s decision led to RCB releasing him ahead of the auction.

Steyn played 95 IPL matches, picking up 97 wickets with a best of 3 for 8. But the South African’s repeated injury breakdowns didn’t help his cause and he featured in just 12 IPL matches in the last three seasons.

Improved version of Hayabusa to be launched in India soon