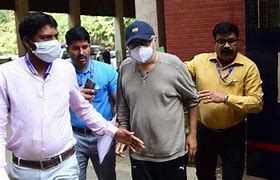 Justice P D Naik granted Dasgupta bail for Rs 2 lakh with surety in like amount. The HC directed that the bail conditions would require him not to leave India without proper permission of the HC.

There is “direct involvement’’ of Dasgupta, special public prosecutor Shishir Hiray had argued in his closing submission on February 16.

But Aabad Ponda and Shardul Singh counsel for Dasgupta had pleaded for bail on his health issues and also said the trial will take time. Ponda had submitted that it “would be a travesty of justice’’ if the 55-year-old incarcerated in Taloja jail in Navi Mumbai since his arrest last December is denied bail.

Ponda had cited health grounds for his bail but also stressed that once the chargesheet is filed which has been in the case, there is no need for his continued custody.

The arguments by the police of “further investigations’’ pending and the fear that he would tamper with the witnesses and evidence as an “influential person’’, Ponda had countered by saying further investigations can continue indefinitely it cannot mean he is forever denied liberty.

Ponda had cited judgments on ‘tampering’ to show courts can grant bail with strict conditions.

The prosecution had submitted that Dasgupta cannot take shelter in an argument that his designation was not as BARC Managing Director but a CEO. The prosecution case is of his direct involvement and that he is a kingpin.

The court had reserved his bail plea for orders on February 16.

Ponda also said there was not a single complaint from any advertiser.

But Hiray had cited a witness statement to argue that an ex-employee of BARC had informed a magistrate that she had “noticed’’ Dasgupta was involved in the scam so that “channel could make profits from advertisements’’. He also cited a notice by a news channel against BARC to back his opposition to Dasgupta’s bail.

Hiray had said Dasgupta was not answering even simple questions in a questionnaire given to him during the investigation. He had pointed out that the court had permitted investigation of Dasgupta while in judicial custody.