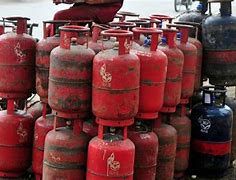 On the first day of every month, Oil Marketing Companies (OMCs) announce new rates of cooking gas cylinders. However, in February, the rates were revised thrice amid surging crude oil prices. Currently, a 14.2 Kg cylinder is priced at Rs 794 in the national capital while it costs Rs 745.50 in Kolkata and Rs 735 in Chennai.

Fuel rates are revised daily but have reached an all-time high in India amid surging crude oil prices. However, Union Minister Dharmendra Pradhan has hinted the price will decrease in the country as the winter season ends.

From March 1, it will be mandatory for SBI customers to get their KYC done if they want to keep their accounts active.

“After withdrawing cash from ATMs customers come into the bank branches to exchange Rs 2,000 notes for smaller denomination currency notes. In order to avoid that we have decided to stop the loading of Rs 2,000 denomination notes in ATMs with immediate effect,” the Indian Bank said.

No free FASTag at toll plazas:

From March 1, customers will have to provide Rs 100 to purchase a FASTag from toll plazas, the National Highway Authority of India (NHAI) has said.