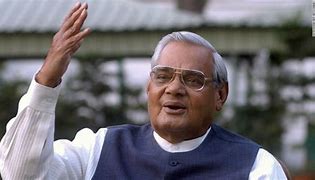 Lucknow: The construction of Atal Smriti Upvan, a new electric crematorium and smart classes in Aminabad Girls College is expected to start soon.

The executive committee (EC) of the Lucknow Municipal Corporation (LMC) had allocated funds for these projects in the revised 2020-21 budget, which will be tabled for formal approval before the LMC House on Sunday.

The regular 2020-21 budget was passed by the House in June 2020 instead of March. It was delayed by three months due to the lockdown. Later in December, some of the budgetary provisions were revised and a few new schemes and projects were added in the regular budget. The budget thus revised was then approved by the EC.

The revised budget is of Rs 1116.20 crore against estimated revenue earning of 1116.95 crore. Officers said that the work on most of the development projects and schemes started after approval of the regular budget and nearly 70% of the funds have been used so far.

However, the new projects that were part of the revised budget and got EC approval in December will start after the House’s approval on Sunday.

City mayor Sanyukta Bhatia said, “The work of Atal Smriti Upwan will start soon after funds allocated for it gets approval from the House. Similarly, work for setting up new electric crematorium and smart classes will also start soon..”

According to officers, Rs 30 lakh has been allocated to start the initial work of Atal Smriti Upwan to be constructed on 6.052 hectare land on Jail Road. The park-cum-memorial is being made to pay tribute to former prime minister and ex-Lucknow MP Atal Bihari Vajpayee.

The memorial will consist of Vajpayee’s statue and a library having all his poems and write-ups. An achievement board listing projects implemented under Vajpayee tenure as Lucknow MP will also be displayed in the park. Besides seating facilities, jogging tracks, flower gardens and cafeteria will be constructed on the campus.

LMC officials said that the other big projects in which the work has already halfway include Rs 177 crore for road construction and repair; Rs 8.5 crore for cleaning of big and small drains; Rs 70 crore for hiring contractual firms for civic services; Rs 70 crore for streetlights; Rs 30 lakh for beautification of funeral sites and Rs 20 lakh for development of slum areas among others.

List of five things that are changing from March 1

Here are some top 5G models available in India